Lots of activity for cheerleaders at Classic Bowl XXVIII 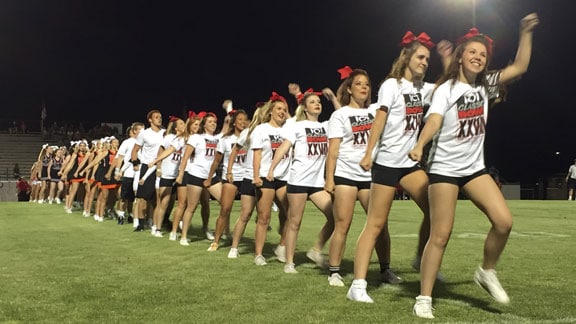 WOODWARD – There was plenty school spirit to go around during Classic Bowl weekend.

The honor cheer squad, made up of seniors from the area named to the team, was on hand to cheer for both the football teams competing in the evening game on Saturday.

Additionally, full squads from local high schools competed as well in competitions in the morning and in the afternoon parade before sticking around to cheer as a group at the game.

Below is the Classic Bowl XXVIII Honor Cheer Squad roster: