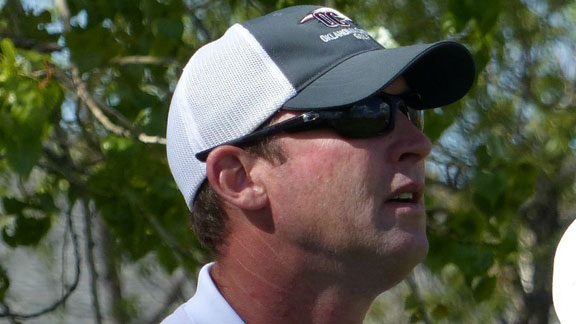 “Coach Lynn has served the University well both with our championship level golf program and as assistant athletic director,” deSteiguer said. “The leadership and management of OC’s athletic program are in good hands with David as he serves as the interim AD while the national search is conducted.”

Lynn, a 1995 OC graduate, is the university’s assistant athletic director for internal operations and its director of golf, overseeing both the men’s and women’s programs. He started working as an assistant men’s golf coach at OC in 1998, became the Eagles’ head coach before the 1999-2000 season and has guided the team for all but two years since then.

OC won the 2011 NAIA title and 2012 National Christian College Athletic Association crown with Lynn as the coach, and this year, the Eagles qualified for the NCAA Division II Championship in their first season of eligibility to do so. He was named by the Golf Coaches Association of America as the NCAA Division II South Central Region coach of the year as well as the Heartland Conference coach of the year.

He was inducted into the OC Athletic Hall of Fame in 2014.

According to the job posting on the OC website (http://oc.edu/services/human-resources/openings/director-of-intercollegiate-athletics), the review of applicants will begin on Sept. 5 and continue until the position is filled.