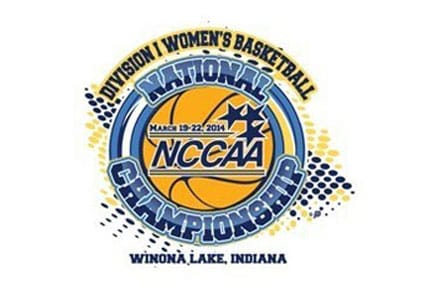 The Lady Evangels are the third-seed and will face top-seeded and tournament host Oklahoma Christian University in the championship game tomorrow afternoon (Mar. 15) at 2 p.m. The winner will receive an automatic bid to the NCCAA National Tournament.

It was 68-68 when April Williams hit a three to get the push started.  Kelsie Dutton then followed that with a three-point play that put the Lady Evangels in front by six with 2:23 left.

Ashlee Ferguson then got free for a layup and a jumper by Maclayn Massey capped the run with 42 seconds remaining.

Following two free throws by Jessica Murdoch that tied the score at 68-68, the Lady Evangels forced seven straight misses over the next 3:02 before Murdoch hit a late three with only three seconds left.

Ferguson helped the Lady Evangels start the second half strong with 10 points of a 14-2 run out the locker room for a 44-38 lead.

The pendulum again swung as Murdoch scored 11 of 13 straight points for the Cougars over the next four minutes that put CCU back in front 56-52.

Ferguson scored a team-high 25 points for the Lady Evangels and nailed 5-of-8 from beyond the arc. McKinney posted a double-double of 20 points and 10 rebounds, while Massey added 11 points.