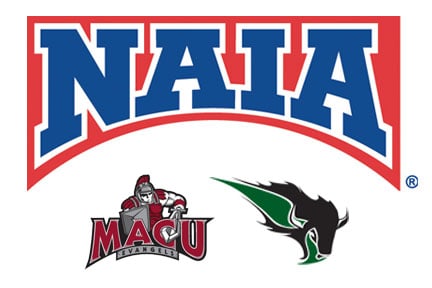 The Evangels won one – actually 800 – for coach Willie Holley, but they didn’t stop there.

Mid-America Christian is now on a six-game winning streak and have climbed eight spots in the latest NAIA Men’s Basketball Coaches’ Top 25 Poll to No. 17 in the country.

After a loss to NCAA D-II opponent, West Texas A&M, to start the new year, MACU won four straight to get the 42nd year coach his 800th victory.  But the Evangels have continued the winning and are now 14-6 overall and more importantly 7-1 in the Sooner Athletic Conference.

MACU had a 17-point win on Saturday over the other Oklahoma school currently ranked in the top 25.  The Evangels defeated Oklahoma Baptist, 92-75, in the Gaulke Center.

Mid-America Christian hosts USAO on Thursday and travels to Waxahachie, Texas, to take on Southwestern Assemblies of God on Saturday.

The Bison host No. 9 Wayland Baptist on Thursday and meet Southwestern Christian in Bethany on Saturday.