Madden adds another honor at GAC Night of Champions 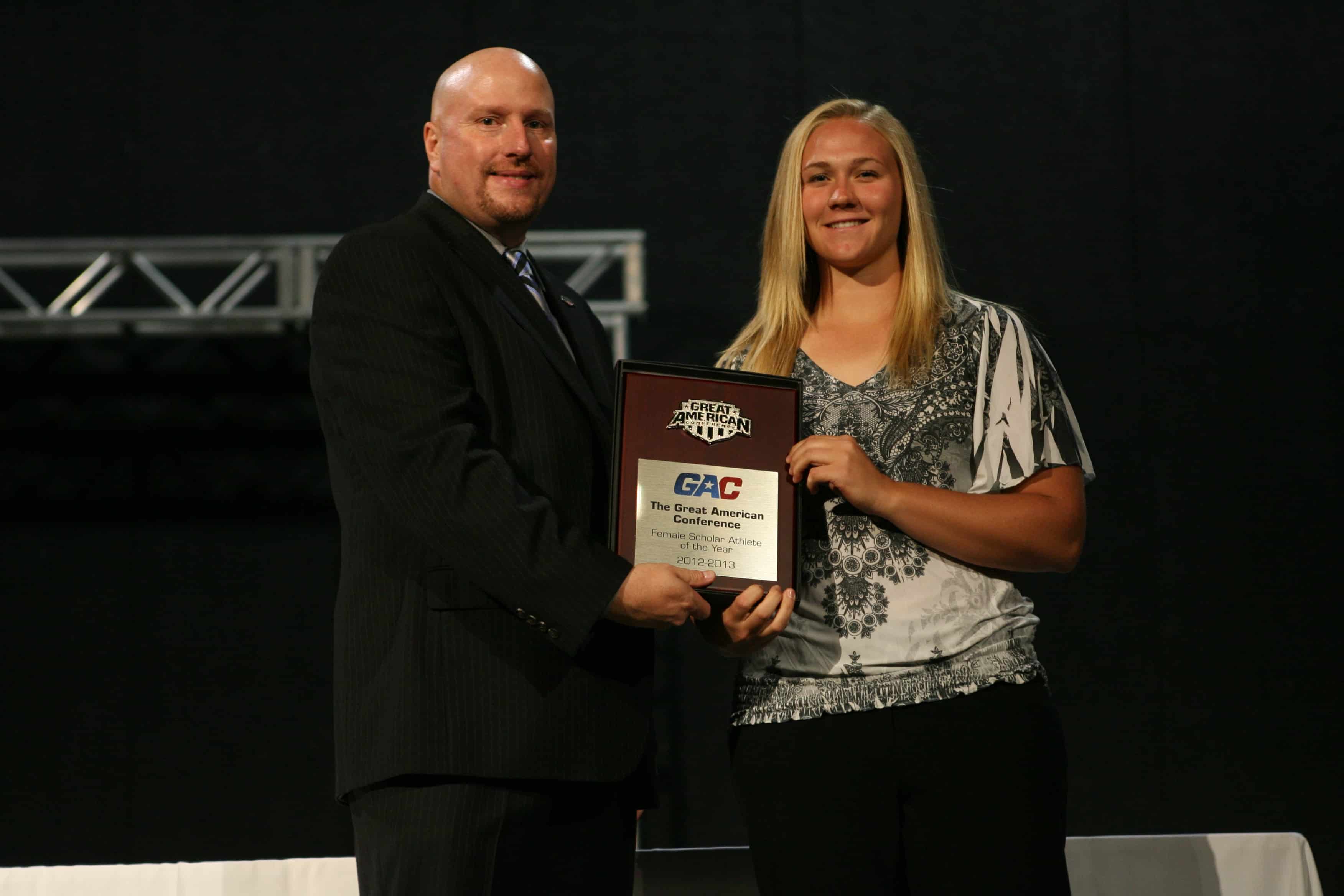 Madden added yet another honor to a stellar career.  She has already been named the NCAA Division II Softball Capital One All-American of the Year following the 2012-2013 year.  She graduated with a 4.0 GPA, while studying biology and chemistry.

On the field, she made the all-conference team yet again, this season playing third base.  She also owns the SNU record in homeruns (50), RBIs (213) and hit above .370 all four seasons with the Crimson Storm.

You can hear our interview with Amy Madden on the OSB Podcast right here.