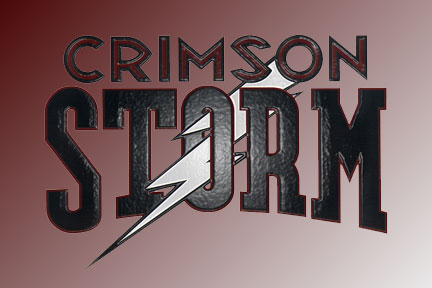 TOWSON, Md. — Arguably the most decorated student-athlete in Southern Nazarene University history, Amy Madden, put a huge crown on top of the long list of awards she has garnered in her four years at SNU.

The senior from Bethany, Okla., was named the 2013 Capital One Academic All-America® of the Year in NCAA Division II softball as selected by the College Sports Information Directors of America (CoSIDA). It is recognized as the most prestigious academic award in collegiate athletics.

“I am very grateful and humbled by this honor,” said Madden. “This just adds to the four great years I have spent at Southern Nazarene. While this is an individual award, this is so much a credit to my coaches, teammates, professors and athletics administration. I am thankful that Coach (Tere) Webber has worked with me in tough scheduling with classes and practices. Being able to do this near were I grew up and play in front of family and for my brother (assistant coach Brian Madden) is something that is very special to me. This is such a great honor and an exciting way to end my career.”

A biology/chemistry major with a 4.00 G.P.A., she leads the first team after earning Academic All-America® honors on the NAIA level as a sophomore and junior. Although the Crimson Storm finished the season with a 19-33 record, Madden was a standout in the classroom and on the playing field.  She finished the season with a .371 batting average, marking the fourth straight year that she batted higher than .370.  She slugged 14 home runs and drove in 48 runs, adding five doubles and a triple. She had a .742 slugging percentage and a .500 on-base percentage.

Madden was named as an NFCA All-American as a junior and sophomore and was named the NFCA-NAIA Diamond Sports Catcher of the Year as a sophomore. She also earned first team All-Great American Conference honors as a senior after earning first team All-Sooner Athletic Conference notice in 2011 and 2012.  As a junior, she batted .394. She tied her own school record with 15 home runs and setting a school record with 78 runs batted in. As a sophomore, she hit .413 with 15 home runs and 53 RBI’s.  She finished her career as Southern Nazarene’s career leader with 50 home runs and 213 runs batted in.

“What Amy has accomplished in four years here is nothing short of amazing,” said Webber. “Student-athletes of her caliber are a coach’s dream. It’s not very often you find someone who excels they way she has on both ends of the spectrum. She is an unbelievable student and works hard in the classroom. What she did on the field was just as amazing at times. Many times she had to practice on her own because of the demands of her academic schedule. She is a very deserving recipient and we will certainly miss her in the future, but know she is going to impact the area and state in a much deeper way moving forward.”

Madden has already been accepted to the University of Oklahoma Medical School and will begin classes there in the fall.

To be eligible for Academic All-America® consideration, a student-athlete must be a varsity starter or key reserve, maintain a cumulative G.P.A. of 3.30 on a scale of 4.00, have reached sophomore athletic and academic standings at his/her current institution and be nominated by his/her sports information director.

Since the program’s inception in 1952, CoSIDA has bestowed Academic All-America honors on more than 16,000 student-athletes in Divisions I, II, III and NAIA, covering all NCAA championship sports.