Madill looks to bounce back after rough start 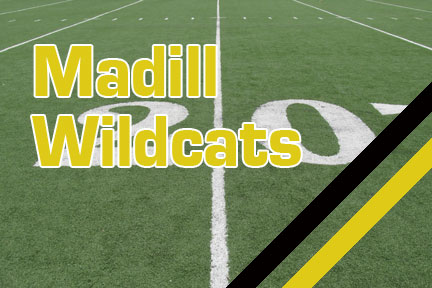 After a disappointing start to the season, Madill head coach Milton Cooper said he believes the time is now to round into form and bounce back from a 1-2 record.  Cooper cites bad execution and a rash of illness and injury that all contributed.

However, there is a ray of hope for this group of Wildcats.  Cooper said the pieces are in place to make some noise in District play and give them a shot at the playoffs.  The team is led this year by QB Colton Clement, OL Sage Salyer, RB’s Corbin Larason and Micah Cooper as well as WR Spence Weaver.

Cooper said he believes if they really can turn it around, it is going to start with a tough test at home against Lone Grove tonight, along with contests against Comanche, Sulphur and Plainview. He said that if they can improve on execution and not miss assignments, they can be competitive in District play and potentially in the state playoffs.