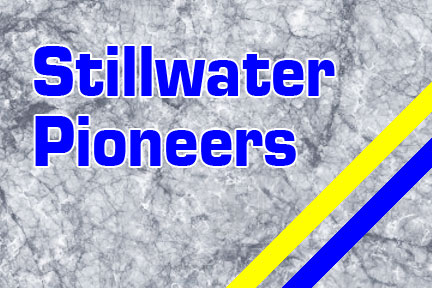 The district opener for the Stillwater football team came down to a mullet.

Zach Bryant knew it would be good once he made contact in a game-winning field goal as time expired in a 25-22 victory against Midwest City on Friday night at Rose Field.

“I felt really great about it,” Bryant said. “Before I went out there I told my coach, ‘I’d do anything for this team.’ I knew I was going to make it. I cleared my mind and set my heart to the kick and I made it.”

While one sideline was hoping for a little more, “Bomber Magic,” the other put its faith in “Mullet magic.”

“The magic mullet, I just made that up on the spot,” quarterback Jaden McCune said. “We always give him crap about his mullet. Obviously he’s the only guy on the team with a mullet but he got it done tonight for us.”

The field goal was set up by a 48-yard punt return down to the Midwest City 32-yard line from Tulsa commit Jordan Brown.

“Whenever I first picked it up I saw people coming and I was supposed to just go to the right but I saw my boy Chandler Kissman,” Brown said. “I just pointed at him and told him to block the last guy and he got him. Then I got as many yards before I tripped on Josiah (Castleberry) at the end.”

Stillwater coach Tucker Barnard said after Bryant had struggled making kicks in previous games it was rewarding for everyone on the sideline to watch him have success when they needed him to the most.

“We felt pretty good about him getting the kick,” Barnard said. “I think I was honestly more nervous about the snap, the hold and the protection.”

Bryant said he isn’t used to being the guy everyone talks about after a win but said he won’t let it go to his head.

“It feels pretty good,” he said. “At the same time it’s just a game. I mean, I helped my team and it’s a team effort. I couldn’t do it without them.”

The Pioneers (2-3 overall, 1-0 6A II District II) held a 16-0 lead at halftime behind strong performances from receiver Jordan Brown, running back Connor Wilcoxen and the defense that allowed one Midwest City first down.

Midwest City (3-2, 1-1) looked as though it had regained all lost momentum in the third quarter when it outscored Stillwater 22-6.

The Pioneers, who had studied film on the Bombers for two weeks, wouldn’t give up and didn’t allow Midwest City past the 50-yard line in the final quarter to set up the victory.

Before the game numerous media members across the state were writing Midwest City was the team others would have to beat if they wanted to win the district.

“Stillwater is the team to beat now,” he said. “We’re a good team. Watch out for Stillwater.”