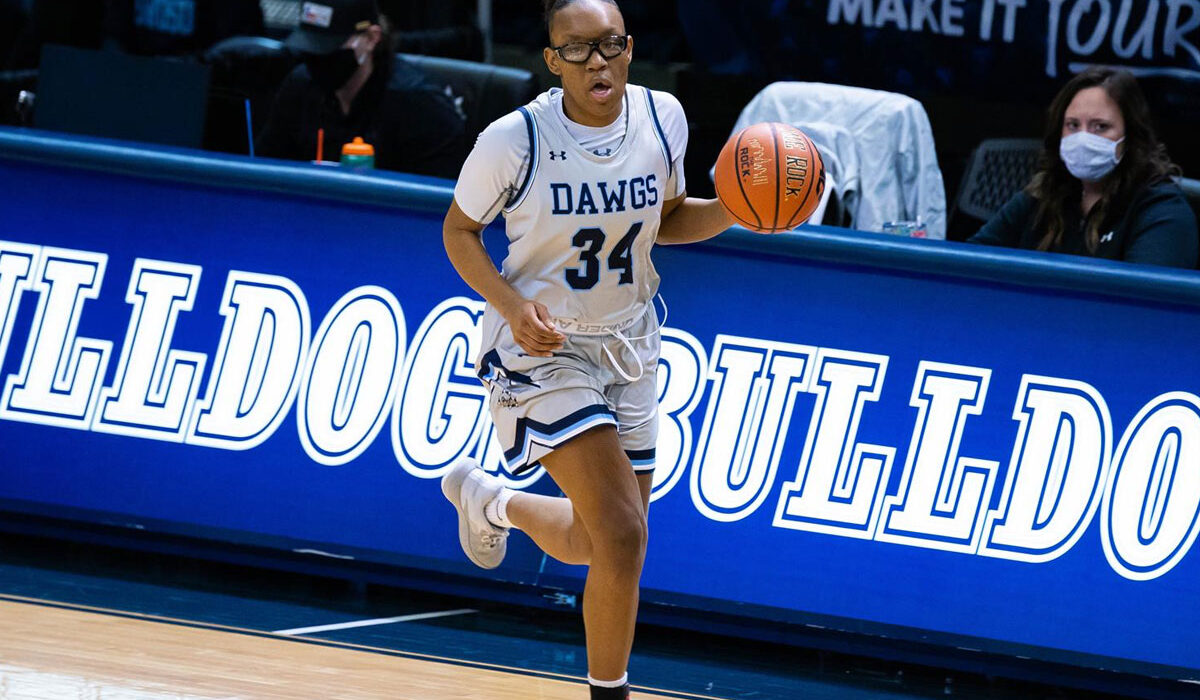 RUSSELLVILLE, Ark. – The stellar sophomore season of SWOSU’s Makyra Tramble added another accomplishment on Tuesday as the star forward was named a Third Team All-American by the Division II Conference Commissioners Association (D2CCA).

Tramble (Shawnee, Okla.) is SWOSU’s fourth D2CCA All-American of the Division II era, which dates back to 1997, joining Hailey Tucker (2018, 2019) and Hayden Priddy (2019). Tramble was previously named the Great American Conference Player of the Year and a Unanimous First Team All-GAC selection after leading the conference in scoring, rebounding, steals and three-point field goals made. She also ranked in the top ten in the conference for assist:turnover ratio (third), blocked shots (fifth) and assists (ninth) while recording 10 double-doubles during her sophomore season. Tramble was a four-time GAC Player of the Week during the regular season and she continued her excellence into the postseason, where she was named to the All-GAC Tournament Team and the All-South Central Regional Tournament Team.

“Makyra’s play this season was definitely deserving of this All-American honor,” SWOSU Head Coach Kelsi Musick said. “She is such a dynamic player who is leaving her legacy here at SWOSU. She will continue to break records and help lead our team and we are so blessed that she is a Lady Dawg!”