The Madness is just beginning 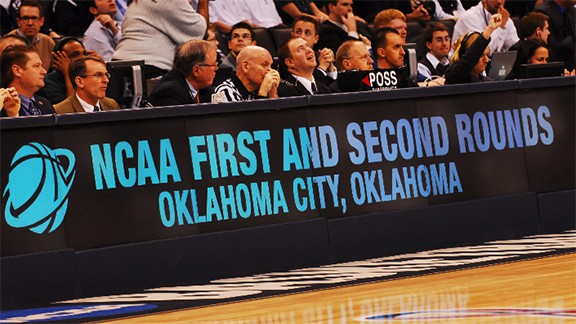 March is the time for Madness. It’s been ongoing at all levels for the past couple of weeks as teams win and move on or lose and go home. Seasons are defined and champions emerge.

Sunday is the day that college basketball pundits point to all year: Selection Sunday. The countdown begins in November and on this day, 68 teams are selected to play for the ultimate prize in the Big Dance. This year, the state of Oklahoma will be represented by the University of Oklahoma and, potentially, the University of Tulsa. That hasn’t stopped others from around the state for continuing on in their season.

Headed for the NAIA Division I Men’s National Tournament next weekend in Kansas City are three teams:

Bound for Independence, Missouri, and the NAIA Division I Women’s National Tournament are a pair of teams:

While the dream of championships is alive and well for some, the reality of careers ended and bubbles burst has become a reality for others. As seasons come to an end, decisions are made regarding the future of programs and coaching changes begin to take shape. This has already happened to at least one school in Oklahoma while rumors swirl around others.

On Tuesday, Oklahoma Christian alum Cory Cole was named the new head coach at OC, replacing long-time head coach Dan Hays. Cole played for OC in the 1990’s and he still ranks as the program’s fourth all-time leading scorer, but he’s spent the past seven seasons as an assistant women’s basketball coach at Oklahoma Christian.

On Wednesday, HoopDirt.com broke news that a coaching change was in the works at Cameron University, where it’s reported Lone Star Conference Co-Coach of the Year Nate Gamet has resigned to accept a job offer in Missouri. Cameron, the story says, will elevate current assistant coach, Andrew Brown, to the position. Brown coached at Northwestern Oklahoma State from 2007-15 and was the 2013 Great American Conference Coach of the Year.

Hopefully the news remains on the court for the next few weeks, but March is where the unexpected becomes the expected. Just wait, the Madness is just beginning.