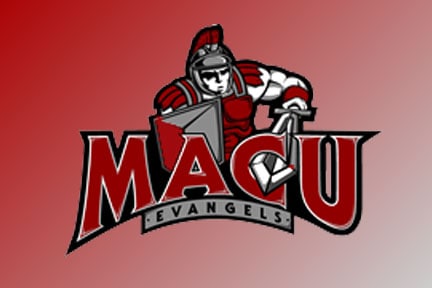 OKLAHOMA CITY — In most cases, coming off a 2-12-2 season would not lend itself to much optimism for a men’s soccer program, but when half of those losses were by one goal, it gives you a reason to believe a new year could be different.  The Mid-America Christian University Evangels, under co-head coaches Zach Bice and Evan Dresel, will hope a veteran squad of 11 returners and eight seniors will be enough to start getting over the hump in those close matches going forward. “Our seniors have a good idea of what we want to accomplish and have been a part of successful seasons in the past, so I think it’ll bode well for us this year, Dresel said.”

A huge culprit in the Evangels’ inability to pull out close games last year was simply their lack of scoring punch.  The Evangels allowed the seventh fewest goals in the Sooner Athletic Conference but were last in goals per game and tied for last in overall goals.  With currently only three offensive newcomers added to the mix, the Evangels are banking on an improved offensive performance from within.

With the departure of senior Zane Bourne, who received the bulk of minutes in the net last season, the Evangels’ starting goalkeeper slot appears to be up for grabs.  Freshman Tyler McIntosh (Sand Springs, Okla.) and redshirt freshman Mike Chivera (Yukon, Okla.) are both in the mix to take the starting slot.  “We’re going to have an open competition at our goalkeeper spot this season and expect it to benefit us heading into the season,” Dresel said.  The Evangels may also look to add another goalkeeper to the roster as the season approaches.

The Evangels are stacked with veteran depth at the forward spot with five veterans returning, including three seniors.  The trio of seniors back is Arturo Alcala (Dallas, Texas), Andy Mendoza (Oklahoma City, Okla.) and Duncan Mbugua (Yukon, Okla.).  Alcala and Mbugua each scored a goal last year, while Mendoza will look to get back to his 2009 form when he tallied eight goals and four assists.  Junior Abel Renteria (El Reno, Okla.) and sophomore Brian Armstrong (Oklahoma City, Okla.) also return this season.  Armstrong was tied for second with two goals last year and Renteria scored once. Freshman Paul Copeland (Sand Springs, Okla.) will also vie for playing time.  “We’re hoping a couple of guys will separate themselves from the pack since last year we had a forward by committee scenario,” Dresel said.

A pair of seniors in Wily Deleon (Oklahoma City, Okla.) and Ryan Hayes (Coffeyville, Kan.) headline the Evangels’ returning group at the midfield position.  Deleon will be expected to step up and help fill the scoring void left by departing senior Jeremiah Huff, who scored a team-high three goals last year has recorded a team-best 11 goals over the last three seasons.  Deleon led the Evangels last season with seven points on two goals along with a team-high three assists.  Hayes appeared in 14 matches last year with four starting assignments after transferring to MACU from Coffeyville (Kan.) Junior College.  Sophomore Michael Johns (Mustang, Okla.) also made 14 appearances as a sophomore last year and should push for more playing time this year.  The Evangels also welcome a pair of newcomers in sophomore Raphael Bonell (Sao Paulo, Brazil) and freshman Jose Dozal (Oklahoma City, Okla.) into the midfield mix. “I think we’ll be in the strong in the midfield, having Willy here for four years with his playmaking ability will help us,” Dresel said.  “Raphael is an attacking midfielder and Jose is a defensive midfielder, so they’ll complement each other very well.”

The Evangels’ defensive efforts will be anchored by a pair of stout senior defenders in Andrew Webster (Liverpool, England) and Brett Brown (Dallas, Texas).  Webster earned his third consecutive All-Conference honor last season and was also selected to the NSCAA/Continental Tires NCCAA First-Team All-American squad.  Brown has been a staple in the Evangels’ back line for the past two seasons and also recorded an assist last year.  The Evangels should also benefit from the return of Abeni Yosef (Edmond, Okla.) for his senior year after sitting out last season along with incoming freshman Kevin Cabello (Oklahoma City, Okla.).  “Our backline is our most experienced spot on the team, so we’re going to be strong in that area,” Dresel said.  “Kevin is a transfer from Midwestern State and we’ll be expecting a big year from him.”

For the third straight season, the Evangels will kick off the season against Southwestern Assemblies of God University on Aug. 24, which opens a three-game home stand.  The Evangels and SAGU have split the previous two season-openers and have also split a pair of meetings the last two years at the NCCAA Central Regional Tournament.  With the reduction of two schools (Oklahoma Christian, Southern Nazarene) within the Sooner Athletic Conference, the Evangels won’t begin conference action until hosting Oklahoma City University on Oct. 2.  Though smaller, the SAC should still be as formidable as in years past.

“We’re excited to get going, our schedule is always tough but I’m looking to seeing what this squad can accomplish this season,” Dresel said.