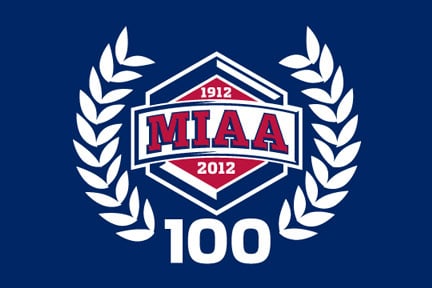 KANSAS CITY, Mo. – At the end of the 2011-12 season three teams shared the top spot in the MIAA regular season, and those three teams find themselves at the top of this year’s preseason poll.

Washburn, who won last season’s conference tournament, has been picked by both the media and coaches to finish first again this year. The Ichabods represented the MIAA in the NCAA Tournament along with Northwest Missouri and Missouri Southern. Central Missouri, who finished tied for the conference regular season crown, has been picked second in both polls picking up three first place votes from the coaches. Northwest Missouri, who also took home a piece of the regular season crown, has been picked to finish third this season in both polls, picking up a first place vote from the coaches.

Many MIAA teams will tip-off on Nov. 9 and MIAA play is set to get underway on Dec. 5 around the league.

Josh Slaughter is the Director of Communications for the Mid-America Intercollegiate Athletics Association.