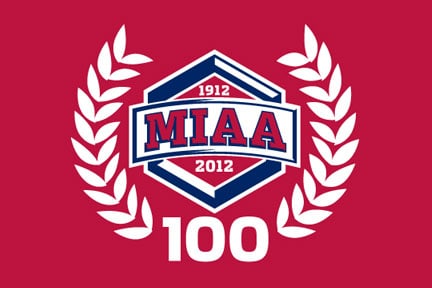 Washburn, who won both the MIAA regular season and post-season tournament, sits atop the poll, receiving eight first place votes from both the coaches and the media. Pittsburg State, who won the NCAA South Central Regional last year, are ranked second less than ten points behind Washburn in both polls. The third place squad is Emporia State, who fell to PSU in the regional championship, who received first place votes in both polls coming in just seven points behind PSU in the coaches poll.

The fourth spot is occupied by a team new to the MIAA, Northeastern State, who was eliminated by PSU in the regional. Fort Hays State and Central Missouri occupy the fifth and sixth spots in this year’s polls. The number seven and eight spot is where the polls begin to differ, the coaches picked Truman #7 and Central Oklahoma #8 while the media reversed the selection.

In the media poll, Missouri Southern is #13 and Northwest Missouri and Nebraska-Kearney occupy the same spots they do in the coaches poll.

Josh Slaughter is the Director of Communications for the Mid-America Intercollegiate Athletics Association.