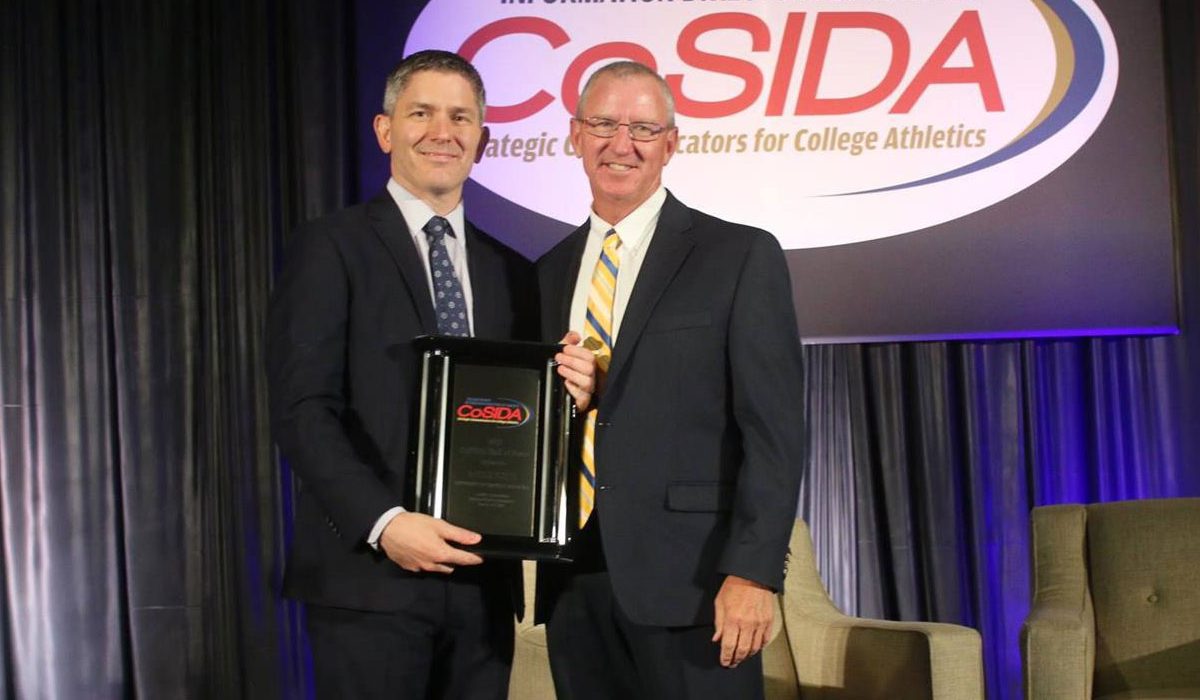 “It’s hard to wrap your arms around really,” Kirk said in a question & answer session following his induction. “In this profession, as everybody here knows, our job is to get honors, awards, and publicity for our teams and student-athletes, so to be recognized is kind of humbling an overwhelming. To be recognized by your peers is something I’ll never forget.”

Kirk has spent the past 30+ years in the sports information office at Central, overseeing the media relations for all Broncho athletics. He won nearly twice that many publishing awards during his tenure. “I was just doing my job,” is Kirk’s go-to response when asked about all of his accomplishments over the years.

The Perry, Okla. native was hired in the fall of 1987 and did all he could to showcase the accomplishments of the teams at then Central State University. He watched as the Broncho wrestling team catapulted its already stellar resume of seven national championships to 15 titles, covering 27 of Central’s 44 individual national champs and more than 100 All-American finishes.

A sport he’s admired virtually his entire life, Kirk not only shined a light on Central Oklahoma’s top-tier wrestling program, he worked on a national, and global level within the sport. Kirk has served on the NCAA Division II committee for years and was committee chair thrice. He also served as the Press Information Officer for wrestling at the 1996 Olympic Games in Atlanta, Ga.

He was inducted into the Oklahoma Chapter of the National Wrestling Hall of Fame in 2012.

Kirk also documented the first women’s national championship in school history, and lists it as one of his top memories in his 30-year career, when the Bronchos won the 2013 NCAA Division II Softball title.

Kirk kept the spotlight on all Broncho athletics as more than 200 All-American honors rolled in over the past three decades. A lifetime of achievement and a hall of fame worthy career, according to CoSIDA.