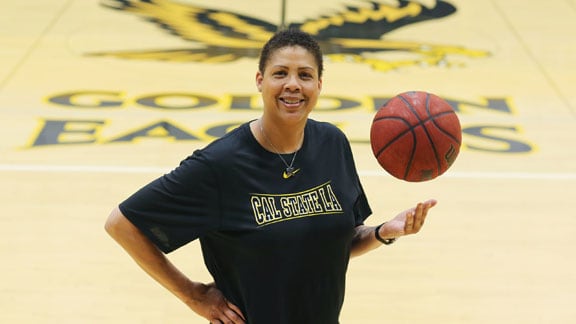 After two seasons at the helm of the Langston women’s basketball team, Cheryl Miller is stepping out to take the same position of Cal State Los Angeles.

Miller led the Lady Lions to two trips to the NAIA Tournament and an overall record of 49-12.

She returns to the Los Angeles area to coach the Golden Eagles, hired by Cal State L.A. athletic director Mike Garrett. Garrett was previously the A.D. at Langston and was instrumental in hiring Miller in 2013.

Miller was born in Riverside and attended high school at Riverside Polytechnic, just an hour to the east of the Cal State L.A campus, where she graduated in 1982.