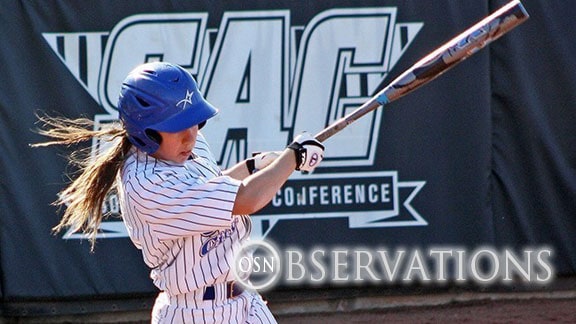 • Phil McSpadden became the winningest softball coach at a four-year school last week. With a doubleheader sweep of Southwestern Assemblies of God at Ann Lacy Stadium, the Oklahoma City coach moved his win total to 1,458 to go with only 356 losses. (As of Sunday, the number is up to 1,460 with a winning percentage of .804) McSpadden is in his 28th year at OCU and has led the Stars to eight national titles.