Morgan tabs discipline as key to another conference championship 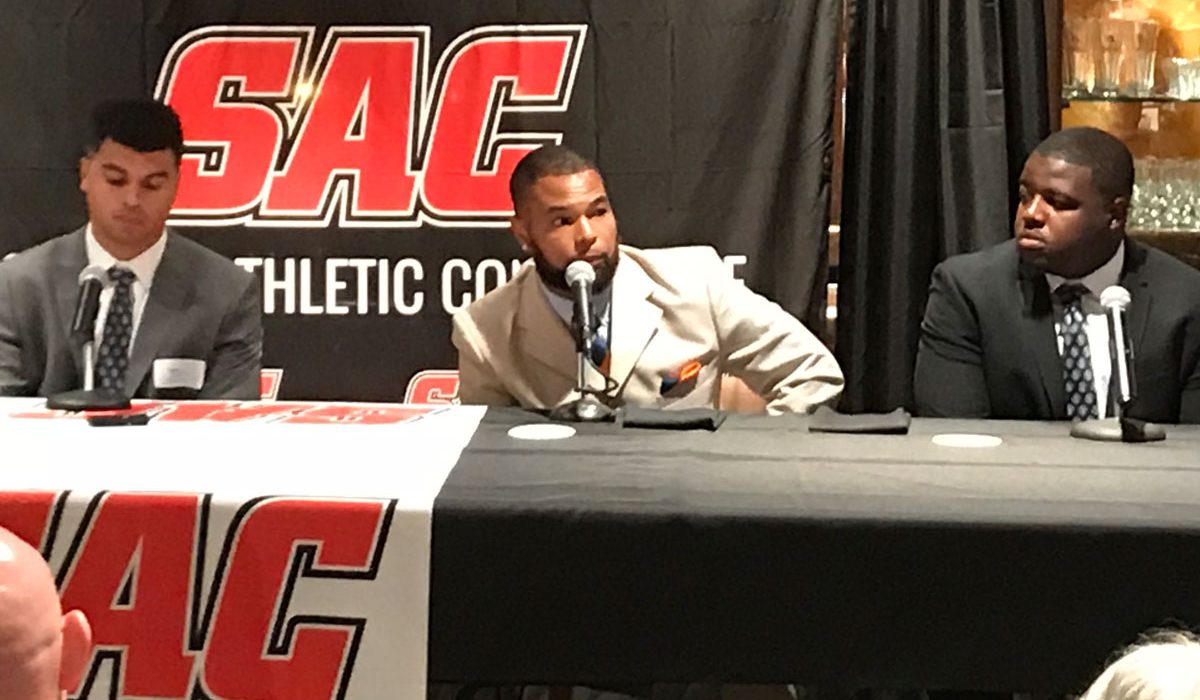 FORT WORTH – The Langston Lions were the final group to give comments and field questions at the inaugural Sooner Athletic Conference Football Media Day on Thursday.

The nine teams in the new league went to the front in the reverse order of the preseason poll and Langston was at the top of that list, predicted to win the conference title after going undefeated and taking the Central States Football League crown in 2017.

Coach Quinton Morgan said his team is taking everything day and day and working hard to get better, while not allowing the accolades from the previous season to take away from the focus on this year.

“That’s in the past,” Morgan said.

“We know there is a bulls-eye on our backs and that makes the kids more excited about putting in even more work.”

Langston went 10-0 in the regular season in 2017 and 8-0 in the CSFL. Eight of the nine teams from that league, along with newcomer Ottawa (Ariz.), have made the transition to the Sooner Athletic Conference. The SAC is sponsoring football for the first time in the 40-year history of the conference.

The Lions return 38 lettermen from last year’s squad, including 19 starters. And although Langston won 10 straight heading into the postseason, it was that 11th game that has stayed with his team.

Northwestern (Ia.) defeated Langston, 55-7, at W.E. Anderson Stadium in the first round of the NAIA playoffs.

“When you end the season the way we did, it puts a humble taste in your mouth,” Morgan said. “That’s how I see it. Be humble but hungry. We’re coming to work hard everyday.”

And Morgan didn’t blink when asked if there was one specific thing that would help his team repeat as league champs.

Morgan said it was discipline that got his team to where it is.

The Lions ranked eighth of the nine teams in the CSFL in 2017, racking up just 66.1 penalty yards per game.

“I think if you continue to put that discipline on you, there’s no telling what you’ll get.”

Langston fans will get the chance to see their team at home for its season opener. The Lions host Ottawa on Sept. 8 at 2 p.m. in the newly renovated Anderson Stadium.