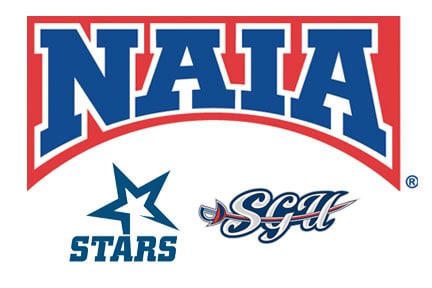 The Oklahoma City Stars opened the season with 29 straight wins and have won 40 of 41 games. And they have now risen to the top spot in the NAIA Softball Coaches’ Top 25 Poll, which was released on Tuesday.

OCU (40-1) received 13 of 19 first-place votes and edged defending champion Auburn Montgomery (Ala.) by seven points to move ahead and up one place in the weekly ranking to No. 1.

Since suffering their only loss of the season – a 2-1 defeat at the hands of St. Gregory’s – the Stars have won 11 straight, giving up one run or no runs in 10 of those victories.

OCU travels to Fort Worth today for a doubleheader at Texas Wesleyan, then host doubleheaders with Southwestern Christian on Friday and the big rematch with St. Gregory’s on Saturday.

SGU remains in the No. 3 spot this week.

The Cavaliers (27-3) won both games on Tuesday at home against USAO. Oddly enough, the last loss for SGU was against OCU, and the Cavs have won 10 straight since.