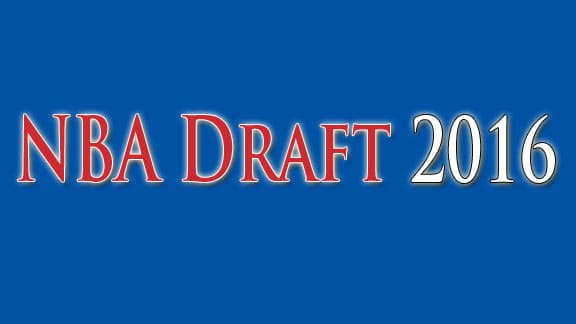 Thursday was a great day for Oklahoma senior guard Buddy Hield. First, the Freeport, Bahamas native was named the 2015-16 Big 12 Male Sportsperson of the Year, a great award in itself. Given that the award was given hours in advance of the 2016 NBA Draft and you can add that up as one special day for the Sooner great.

At the start of the NBA Draft on Thursday night, Hield was predicted to be chosen anywhere between third-and-eighth after working out for several teams who held picks in the lottery. Those predictions came to life as Hield was selected with the sixth overall pick, which will see him head to New Orleans to begin his career with the Pelicans. As the sixth overall pick, Hield became the highest drafted senior since Duke’s Shelden Williams was selected fifth by the Atlanta Hawks in 2006.

The pick was given a B- grade from Yahoo! Sports, who said the College Player of the Year is a high-character prospect with a strong work ethic who shot lights-out off the catch from beyond the arc on a huge volume of shots as a senior. Hield had the opportunity to turn pro following his junior season, but he returned to Norman and led the Sooners to the Final Four and increased his stock for the NBA. Now he heads to New Orleans to begin his career alongside NBA All-Star Anthony Davis, who needs perimeter weapons to help the Pelicans become more competitive in the Western Conference.

It figured to be a quiet night for the Oklahoma City Thunder, who entered the night with no draft picks. However, news broke on Thursday afternoon that the Thunder were looking to move Serge Ibaka and OKC did just thought shortly after Hield came off the board. Thunder GM Sam Presti worked a deal with the Magic to send Ibaka to Orlando in exchange for shooting guard Victor Oladipo, forward Ersan Ilyasova and Domantas Sabonis out of Gonzaga, who had just been selected with the No. 11 overall pick.

The move adds versatility to the Thunder’s roster, along with another young big man that they can pair with emerging center Steven Adams in the middle. Offseason focus for Oklahoma City now turns to resigning Kevin Durant, who will soon becoming an unrestricted free agent.

Later in the night, Oklahoma City added another player by acquiring the 56th pick in the draft from the Denver Nuggets and selecting Daniel Hamilton, a forward from Connecticut. Three picks later, OU guard Isaiah Cousins was selected by Sacramento Kings, marking the 12th time in program history and the first time since 2010 that multiple Sooners were selected in the same draft. Cousins heads to Sacramento along with draft-day acquisitions Georgios Papagiannis, Skal Labissiere and Bogdan Bogdanovic.

With the No. 59 pick, Sacramento selects Isaiah Cousins. #KingsDraft pic.twitter.com/yrDoi5Jwmz