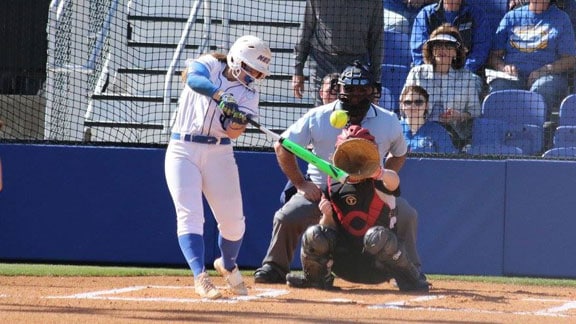 Two years with NEO in softball.

Two years named the Dudley Division I Player of the Year.

It was announced Tuesday that Rylee Bayless received the national honor for the second consecutive year.

The Golden Norse made it to the NJCAA Division I softball championship in 2016 and finished with a record of 54-8. Bayless was named Most Outstanding Player of the tournament. In the five national tournament games in which she played, she hit for a .692 average with two home runs and six RBIs.

Bayless will continue her career at Oklahoma State next year.