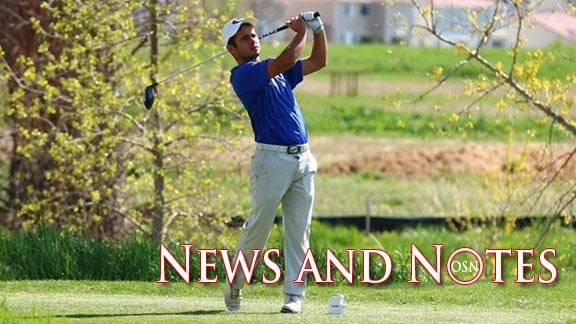 General Chambers served 33 years in the United State Army, is a veteran of two wars, and advanced of the ladder from private to Major General and ultimately holding command at CASCOM, the Combined Army Support Command and the Sustainment Center of Excellence at Fort Lee.

He finished his career as a senior logistician at US Central Command.

“After spending three years coaching and teaching” said Chambers, “Along with 33 years in the Army and four more in the private sector I was looking for the next adventure.  This was an exciting way to finish out my professional career.”

He takes over for the retiring Don Hudson, who had the most successful team run in SE golf history during his six years at the helm, culminating in the program’s first ever trip to the NCAA National Championship.

∗ 32 teams take to the diamonds Friday in Broken Arrow. The BA Softball tournament gets underway with eight teams in each of four pools. In the field this year are 13 teams that qualified for the state tournament in their respective classes in 2015.

Each team will have the opportunity to play six games during the two-day event.