No. 1 Dale cruises to tournament championship in Kingston 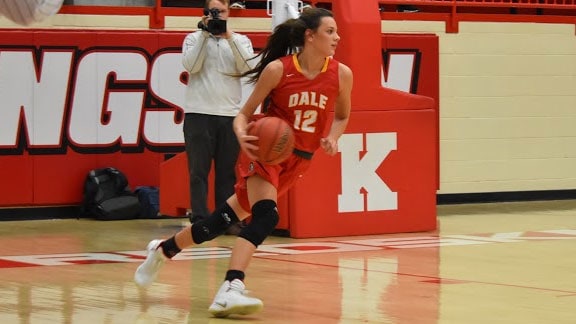 Dale's Claire Chastain looks ahead for an outlet after a rebound in the 2017 Kingston NYC championship game. Photo by Vicki Droddy.

KINGSTON – Class 2A’s top ranked team lived up to the billing this weekend (and beyond, thanks to the weather) as the Dale Lady Pirates took the tournament title at the 2017 Kingston New Years Classic.

Dale dispatched host Kingston, 54-30, in the championship game Monday night. Claire Chastain and Hannah Ash each had a game-high 14 points in the final tournament game.

Tournament MVP Dani Manning showed senior leadership throughout the weekend and put in eight points in the championship.

The Lady Pirates (18-0) looked fundamentally sound throughout the evening, steadily distancing themselves from the Lady Redskins. Good ball movement led to layups and open jumpers, which Ash couldn’t seem to miss.

Dale outscored its opponents, 140-64, through the three-game stretch.

Kes Reeves and Britny Henderson each scored a team-high eight points for Kingston (7-4) in the title game. Of the Lady Redskins four losses on the year, two have come at the hands of the Lady Pirates. Dale beat Kingston, 61-33, early in December in the OBU Tournament. 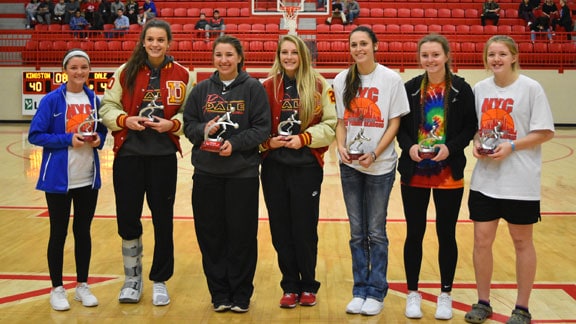