No. 16 USAO uses dominant second half to defeat Texas Wesleyan 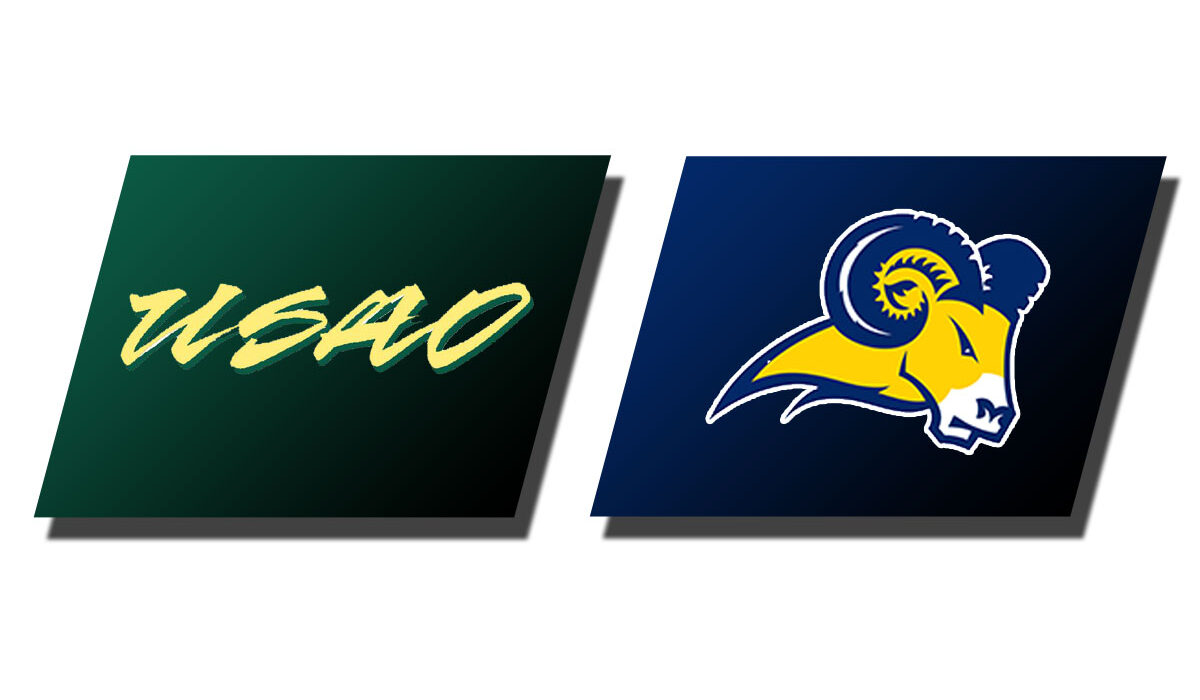 FORT WORTH, Texas – Wednesday night, the No. 16 ranked University of Science and Arts of Oklahoma (9-3, 4-1 SAC) battled their way to a thrilling 84-76 victory at Texas Wesleyan University (9-3, 3-2 SAC). In the highly-anticipated contest, the lead was exchanged eight times, before the Drovers walked away with the victory.

Following the break, the Drovers opened the half on a 7-0 run to claim a 38-37 lead with 18:30 to go in regulation. With 10 minutes remaining in the second half, Texas Wesleyan clung to a 55-50 lead, however the Drovers would tie the score at 57-57 with under nine minutes to play. Science & Arts reclaimed the lead at 59-57 with 7:30 remaining, and they continued to extend the lead until the final buzzer.

Gerard Makuntae (SR/Austell, GA) produced a double-double with 15 points and 10 rebounds in the win. Trenton Sandifer (SR/Dallas, TX) also scored in double figures, closing with 10 points, three rebounds, and a pair of steals.

Rory Pantophlet (JR/Philipsburg, Sint Maarten) was a force in the paint, contributing eight points and 11 rebounds. Rudy Pittman (FR/Tulsa, OK) added a spark off the bench, chipping in nine points and five rebounds. Jaden Harrell (FR/Oklahoma City, OK) scored four big points as he went 4-4 at the charity stripe down the stretch.

The Drovers will now head into their winter-break before returning to the hardwood on Saturday, January 1 as they host Central Christian College. Tip-off is scheduled for 3:45 PM CT on New Year’s Day inside Drover Fieldhouse.