No. 18 Central Oklahoma knocks off No. 2 Northwest Missouri 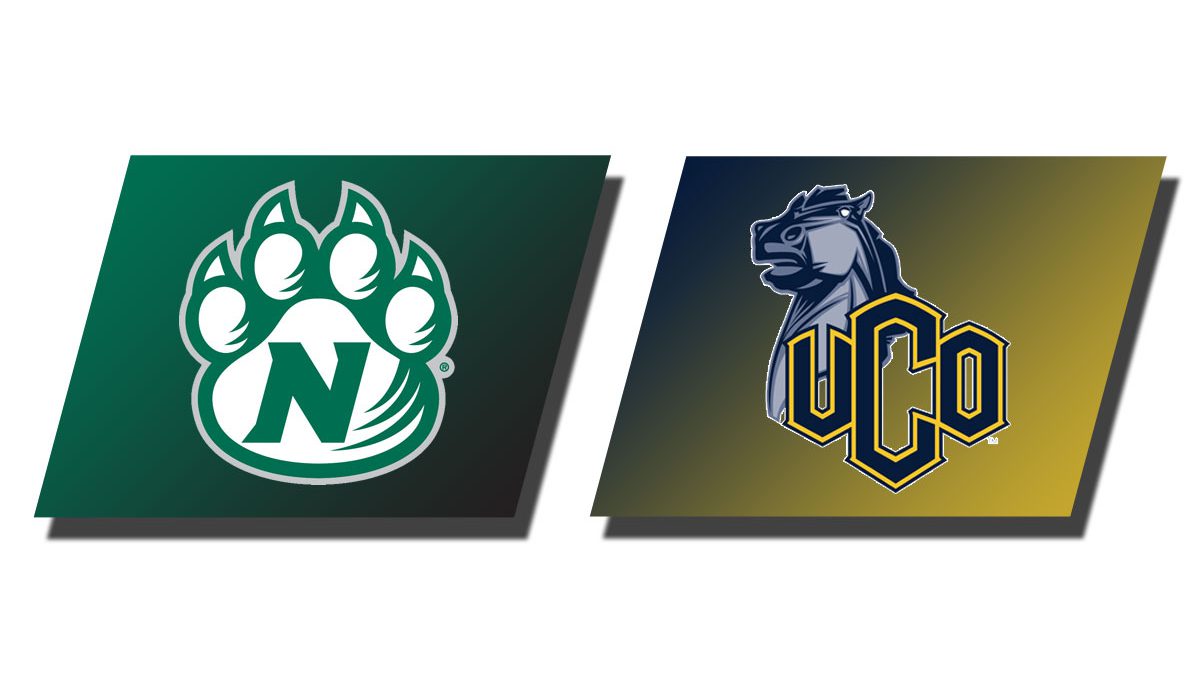 EDMOND – No. 18 Central Oklahoma beat No. 2 Northwest Missouri, 76-75, in overtime at Hamilton Field House Thursday night in a game that was nothing short of thrilling.

“What an amazing night,” UCO head men’s basketball coach Bob Hoffman said. “I’m so happy for our guys. Northwest is such a great program. This is a very special night for us to get the win. Our crowd was amazing. We played really well tonight and it was good enough by a point.”

Central Oklahoma jumped out to an early lead and led by 14 points in the first half as the Bronchos fed off an edgy crowd near 1,500 at Hamilton. Northwest battled back though, took a late lead, and then needed its best players 3-pointer with 0.3 seconds left in regulation to force the extra period.

The extra five minutes were just as exciting as the rest of the game as the team’s traded blows before it was UCO that struck last.

Isaiah Wade led the Bronchos with 29 points and 11 rebounds Thursday night. The senior forward was virtually unstoppable in the paint. He went 11-for-18 overall and made 7 of 10 free-throws.

Callen Haydon added 27 points on 10 of 15 shooting, including 3-for-5 on 3-point attempts. He also made 4 of 5 free-throws and had seven assists to go with five rebounds.

Both of those two hit enormous shots Thursday night.

Central scored the game’s first points but trailed 3-2 soon after. But after going ahead 4-3, the Bronchos led for nearly the entire game after that.

That was until Northwest point guard Trevor Hudgins, who earned National Player of the Year honors last season, hit one of his 11 3-pointers to put the Bearcats up 60-59 with 2:18 to play in the second half.

Northwest got one more free-throw with 32 seconds left to go ahead 61-59, but Haydon knocked down a 3-pointer from the corner with 18 seconds left to put the Bronchos ahead.

Wade then drew a charge on the other end, and after an inbound, Jaden Wells was fouled. He hit both free-throws and gave UCO a 64-61 lead with just over six seconds left.

Then Hudgins hit another big 3-pointer with 0.3 seconds left to tie the game and force overtime.

The extra period saw the game tied three times and each team had a lead on three different occasions. But it would be Central in the end.

Haydon hit a 3-pointer with just over a minute to play to put the Bronchos up 73-70 and Wells added a free-throw to make it 74-70 before a late Northwest push.

Hudgins hit the last of his threes with 53 seconds left and Northwest got two free-throws with six seconds left to take a 75-74 lead. The 5-0 run was near perfect timing by the Bearcats.

But UCO drew up a play that was executed exactly how it was supposed to go. Davon Richardson inbounded the ball from just past halfcourt and lobbed a long pass high up for Wade to grab in the paint. He did, corralled the ball, and went up for a layup.

Wade scored the game-winning basket with 2.6 seconds left on the clock to put UCO up 76-75.

Hudgins missed a 3-pointer as time expired and the Central fans stormed the court.

UCO has now won 12 consecutive games for the first time since 2010 when Central won a school record 16 in a row. This season’s 12-game run is the seventh such instance in school history.

Wade’s 29 led the Bronchos and Haydon almost matched him with 27. Wells added eight points. He was just 1-for-5 from the field and 5-for-6 from the free-throw line but he also had five rebounds and one steal.

Camryn Givens scored five points to go with seven boards and three blocked shots. He was 1-for-7 shooting but went 3-for-4 from the free-throw line.

Preston Aymond chipped in four points and two rebounds off the bench. Carson Calavan hit one 3-pointer and had two boards.

Central Oklahoma is done for the week following Thursday night’s contest. The Bronchos were scheduled to host Missouri Western on Saturday afternoon but the Griffon program is on pause due to health & safety protocols and the game is being rescheduled.

Central Oklahoma will now wait till next Wednesday before returning to the court. UCO visits Emporia State and Washburn next week.