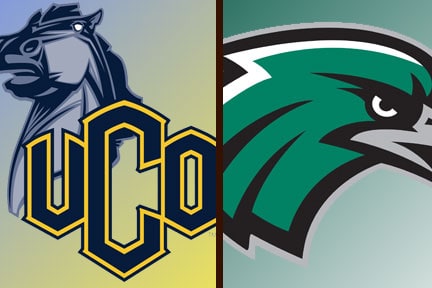 The RiverHawks took advantage of having the first round of the NCAA Division II playoffs in Tahlequah.  Northeastern State let its fans breathe easily and go home early with a 5-0 win over Central on Saturday.

NSU (23-3) is the No. 2 seed in the Central region and moves on to the round of 16 on May 8.  All remaining matches in the championship will be played in Surprise, Ariz.

The RiverHawks won all three doubles matches.  NSU”s Martina Bruzakova and Jeanne Mallem won their matches in two sets and the remainder of the singles matches against the third seeded Bronchos went unfinished.