Northwestern extends streak to six with win over East Central 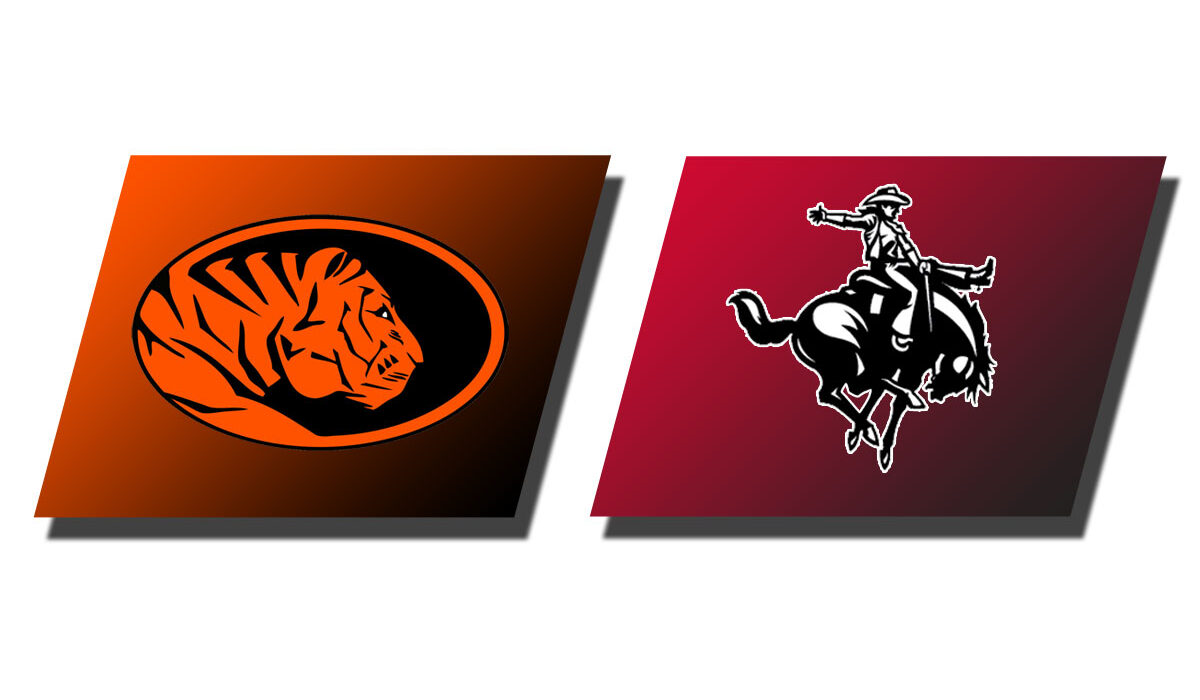 ALVA – The Rangers extended their win streak to six games by defeating the East Central Tigers 74-53. A 14-0 run in the first half allowed The Rangers to lead the remainder of the game. The Rangers had multiple players in double digits contributing to their success.  The win for Northwestern completes the regular season sweep over East Central.

The sixth win in a row for Northwestern advances them to a 15-6 overall record and 10-5 in the conference. The East Central Tigers drop to a 8-11 overall record with a 6-7 conference record.

Malik Parsons led Northwestern in points with 20 followed by Bubba Furlong with 14 and Brian Free with 13. Furlong led in rebounds with 10. Both Free and Parsons had 6 assists. This was Furlong’s fifth double double of the year and tenth of his career. The Rangers center contributed five blocks in the afternoon as well.

Both teams came out strong this afternoon. The Tigers of East Central scored first with an opening game dunk. The Rangers quickly answered back with a layup by Larry White. Bubba Furlong contributed with a dunk and block as the game remained tied at four. The Tigers fired back with a three pointer. This left The Rangers trailing 4-7 at the first media timeout. A steal by Malik Parsons and a layup by White closed the gap on The Tigers out of the timeout. Teammate Brain Free fired off a three pointer. The Tigers responded with a layup to hold their lead. Free answered back with another deep three pointer. Following the second media timeout, Furlong contributed another dunk to allow The Rangers to take the lead 14-13 into the next timeout. The teams would trade leads throughout the opening eight minutes of the game.

A back to back layup and three pointer out of the timeout by Parsons extended The Ranger lead 19-13. Off the bench, Eric Hancik knocked down a layup as the Rangers kept their pace. The Tigers went cold as Northwestern would go on a 14-0 run which carried them into the third media timeout leading 23-13 as the Red-and-Black built their first double digit lead of the game. East Central would respond out of the timeout with a layup. Furlong answered back with his third dunk of the afternoon. The Tigers would fire off a jump shot leaving them trailing 26-17 going into the final media timeout of the first half.

Both teams remained scoreless for two minutes. Northwestern’s Furlong broke the silence with his fourth dunk of the half. The Tigers responded with a three pointer. Parsons would contribute a jumper to extend The Ranger lead to 10 points at 30-20 going into halftime. Free and Furlong led the team with 8 points each followed by Parsons with 7. Parsons led the team in assists with 4. Off the bench, Hancik led the team with 6 rebounds.

The Northwestern Rangers built off their first half momentum straight out of halftime. Free drilled a deep three pointer as Furlong followed with his fifth dunk. The Tigers responded off a foul with two free throws. Parsons answered with two back to back three pointers to extend The Ranger lead 41-22 going into the first media timeout of the half. Out of the timeout East Central scored two free throws and a layup. Parsons quickly responded by sinking another three pointer. A fantastic assist by White allowed Parsons to contribute another dunk to Northwestern’s lead. Off the bench, Ravel Moody added an additional layup. A steal by Free and layup by White would further The Ranger scoring streak of 14-0 put the team up 52-33 going into the second media timeout of the half.

Out of the media timeout Free built off The Ranger momentum with a dribble drive layup. The Tigers responded with a layup and hook shot. Hancik answered back with a baseline jumper. East Central fired off a three pointer. An assist by Moody and layup by Furlong would allow The Rangers to lead by 20 going into the third media timeout 60-40. Moody would contribute a layup out of the timeout. The Tigers responded with a contested jumper. Off the bench, Chance Love contributed a free throw which would give the Rangers their largest lead of the afternoon at 68-44. Teammate Anthony Jones fired off a deep three pointer. The Tigers would answer with a three pointer leaving them trailing 68-47 going into the final media timeout of the game. Out of the timeout Jones would sink two free throws. Love would add an additional jumper. The Tigers would fire off one last three pointer. Off the bench, Krys Johnson would seal The Ranger win with a jumper defeating The Tigers 74-53.

The Rangers look to extend their six game winning streak as they head back to Arkansas next week as they face off against The Tigers of Ouachita Baptist. Tip off is set for 7:30 PM on Thursday in Arkadelphia.