Not playing best ball yet, but Glenpool still finding ways to win 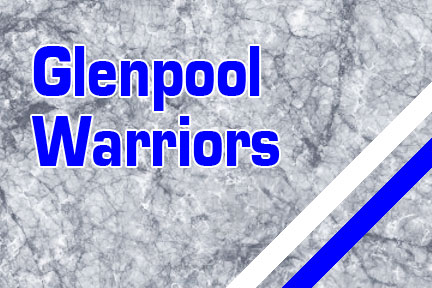 Glenpool started last weekend with a big 3-2 victory over Woodward and won four at the Perry Classic in two days.

The final day’s games were canceled due to rain, but the Warriors’ success at the invitational gives the appearance that they have righted the ship following their first loss of the season.

Glenpool coach Trent Patterson looks back to the team’s 6-1 loss at Cleveland as a “hiccup” in the early season that may have gotten the Warriors’ attention.

“We played them a couple of times last year and won both games and I think the girls came in with a lackadaisical attitude,” Patterson said. “And give credit to Cleveland, they’re a good squad and they played us tough twice last year. We made a couple of mistakes and they made us pay.

“It helped us. I don’t want to say it was a great loss, but it was a good learning experience for the girls.”

Patterson said the Warriors, now 8-1 this season, flew in under the radar last year, but with eight returning starters don’t have that same element of surprise against anyone.

“I think it was a good lesson for the girls to lose a game like that and then we were able to bounce back against some tough competition this weekend in Perry.”

Glenpool has won five straight since the loss at Cleveland, including a 4-1 win over Cushing at home on Monday.

Patterson has gotten good play from Rylee McGeeley, a first team player on the All-(Tulsa)World softball team in 2014.

“She is the anchor in our lineup,” Patterson said. “She really burst onto the scene last year as a freshman and she is definitely the big threat in our lineup.”

Senior second baseman, Taylor McGuire, is also stepping up, according to Patterson.

“She’s the smallest player on our team and she’s leading us in RBIs. Taylor is doing a great job for us offensive and defensively.”

The Warriors have received good production from the circle as well from senior Hannah Pryce, and her coach said her performance has been necessary.

“We haven’t been hitting the ball well, but she’s been pitching lights out and she’s kept in ballgames and we’ve been playing good defense behind her.”

Patterson said his team hasn’t been playing up to its potential yet, and that it may be a product of what it believes it can do this year.

“The girls know what they’re capable of and we came in with high expectations for themselves individually and for the team, as well,” Patterson said. “And it’s getting to the point now, where a few of our hitters are struggling and they’re putting too much pressure on themselves.

“So we’re trying to get them to relax. At the end of the day, softball is supposed to be fun, so we’re getting back to having fun.

“Hopefully, the offense will come around, because if it does with the way we’re pitching and playing defense, we’ll be pretty tough to beat.”

The bottom line right now is that the Warriors are still putting up numbers in the win column.

“All of our scores have been low lately, because we’re not hitting the ball like we’re capable of. And we’re not playing our best ball, but we’re still finding ways to win, which is always encouraging.”

Glenpool takes to the diamond next on Tuesday on the road at Checotah.