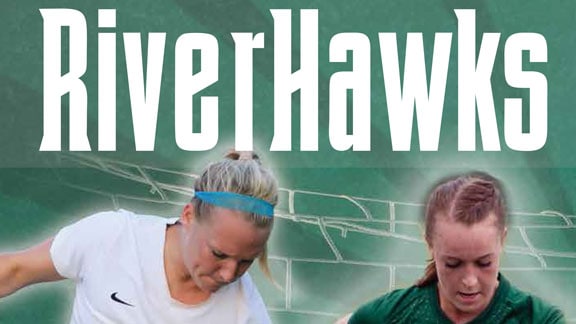 The NSU Athletics schedule posters dominated the entire poster category, winning five of the top six positions. The 2015-16 women’s and men’s basketball schedule poster earned runner-up honors, while the 2016 softball/baseball poster was selected third in the nation. The 2016 women’s tennis poster received fourth place in the division, while the 2015 football poster was honored as sixth-best in the country.

“I am honored that all five of our schedule posters have been recognized as the best in the nation,” said Cedrique Flemming, NSU Assistant AD for Media Relations. “This is the first time we have submitted entries for this contest, so I didn’t really know what to expect.”

“I see a lot of great designs from SID’s all over the country, so I couldn’t possibly imagine we were producing the best materials in the whole nation,” Flemming said. “I always knew our publications were top-notch. It’s nice to get this type of recognition and validation for all the hard work that goes into making these posters a reality every year.”

CoSIDA sponsors a variety of media guide/publication and digital design contests and an annual writing contest for its members, with every CoSIDA member at every level having the opportunity to receive recognition for his/her work. The judging is done by news media/communications professionals who utilize those publications in their work.