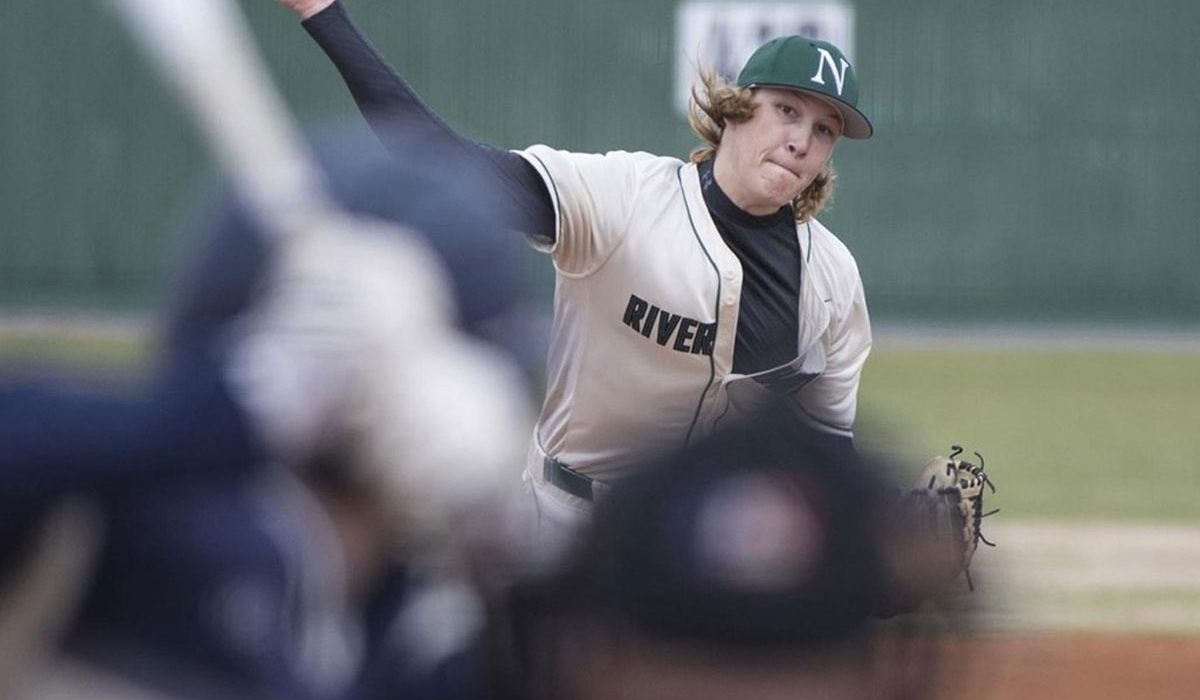 TAHLEQUAH – Northeastern State’s Ben Strahm has been selected in the 23rd round of the MLB Amateur Draft by the San Francisco Giants on Wednesday afternoon.

The NSU junior from West Fargo, N.D., was pick number 676 in the draft after making 13 appearances this last season for the RiverHawks.

Strahm made ten starts and was MIAA Pitcher of the Week twice this last season along with being named as an honorable mention selection by the league in the postseason.  In his first home start on Feb. 18 against UA-Fort Smith, Strahm struck out ten batters, and tossed a no-hit ballgame.

Strahm recorded 64 strikeouts in 62.2 innings of work for NSU and had a 4.16 season ERA.  His brother Matt currently pitches for the San Diego Padres.

Northeastern State’s last MLB draft selection came in 2015 with Ryan Helsley being a fifth-round pick by the St. Louis Cardinals.  The program has had ten overall selections since the MLB draft was started in 1965.