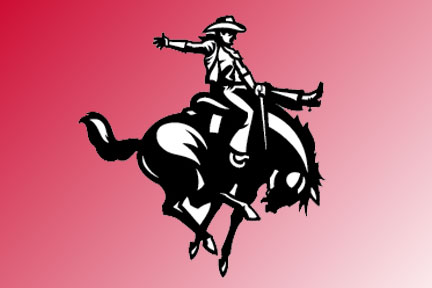 Hall – who was diagnosed with a form of lymphoma cancer in late December – is in full remission after a recent Pet Scan revealed no malignancy.

Hall will have a follow up scan three months from now. Studies show that if the cancer does not return within two years, it most likely never will.

“I would like to thank everyone in Alva and the Ranger Nation for their prayers and support for my family and me, throughout this ordeal,” Hall said. “It truly makes things easier knowing we have such a strong support network to rely on.”

“We are happy for the great news and continue in our prayers for a full recovery,” said Northwestern Athletic Director Andy Carter. “Alan and his family faced this challenge with dignity and class. It was awesome to see how everyone rallied around them with love and support.”

In the weeks and months following Hall’s diagnosis, members of the Ranger community supplied meals and prayer blankets. They also offered up childcare and lodging during Hall’s frequent visits to Oklahoma City for radiation treatments.

“I’m thankful for Dr. Cunningham and Andy Carter for their support and flexibility, allowing me to balance my medical appointments with my work,” Hall said. “I’m also grateful for my players and coaching staff. Each of them stepped up in my absence, allowing us to continue pushing this program forward.”

Northwestern opens its 2013 football season – Hall’s second on the Ranger sideline – at home on Thursday, Sept. 5 against Arkansas Tech.