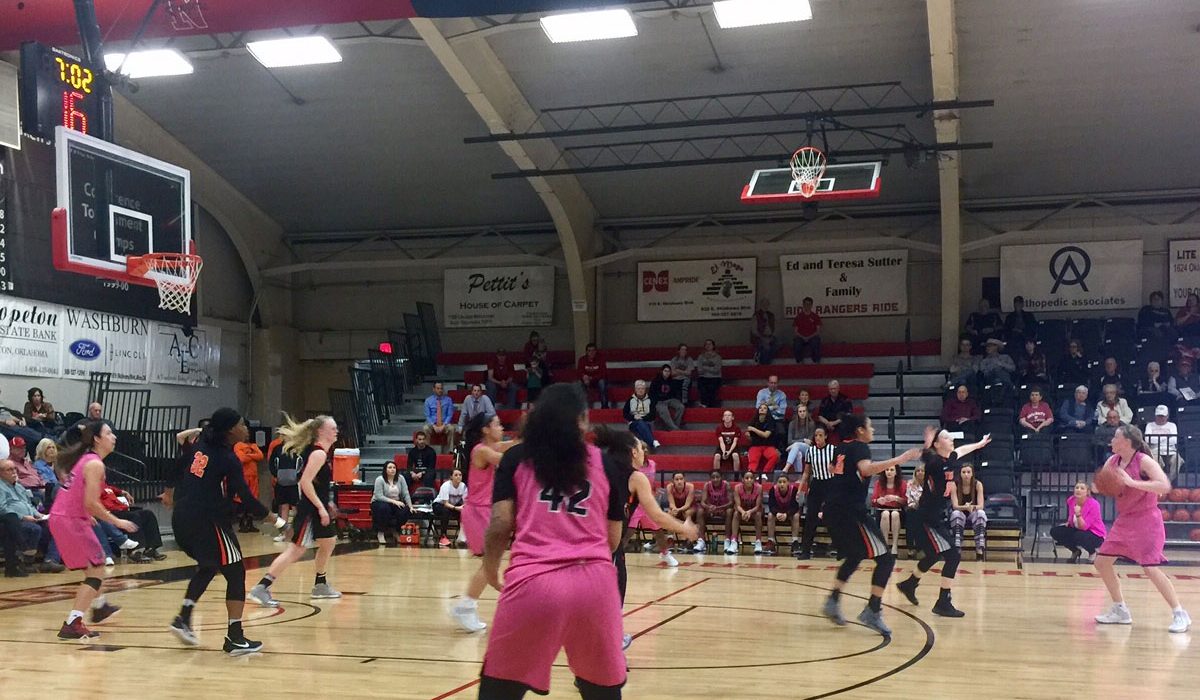 East Central University’s Lady Tigers beat the Lady Rangers on Thursday by a score of 56-67.

The Lady Rangers started out incredibly hot on a 9-2 scoring run during the first half of the quarter. They were playing phenomenal defense and shutting down the Lady Tigers offense. With two more buckets just under half way in, the score rose to 14-2.

Kori Barrios of the Lady Rangers had the hot hand racking up 11 points in the quarter. Northwestern’s Deja Beechum also made her defensive present known with a big block late in the quarter. The score at the end of one was 20-8.

ECU came out in the second quarter hitting bringing the score to 22-17, just two minutes into the quarter. Barrios delivered a sweet assist to teammate Jonae Issac to bring the score to 24-19. During the middle of the second, scoring went back and forth between both teams and led to tied score of 29 with just 2:15 remaining. The Lady Rangers offense began to cool down significantly from the first quarter. As the half came to an end, both teams were tied at 33.

The Lady Tigers started slowing edging their way into the lead by bringing the score to 44-37 with less than four minutes left in the quarter. The Lady Rangers offense continued to struggle as the frenzy of missed shots and opportunities went on. It was apparent the ECU’s offense was clicking due to the 51-44 lead they held at the end of three.

Even though the Lady Tigers kept their lead throughout the last quarter, sloppy play was brought on by both teams on both sides of the ball, due to missed shot and turnovers. The final score turned out to be 67-56 in favor of the Lady Tigers.

The Lady Rangers will be playing their last away game against Oklahoma Baptist on Saturday at 1 pm.