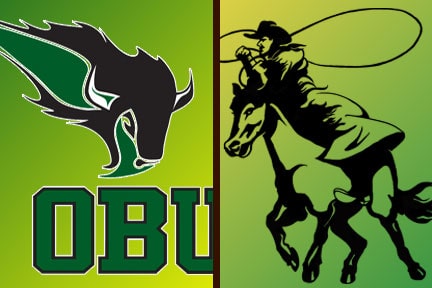 CHICKASHA – Oklahoma Baptist shot 54 percent from the field and cruised to a 79-49 win over the University of Science and Arts of Oklahoma Tuesday in Sooner Athletic Conference women’s basketball.

Zbeyda Aremi had 18 points to lead the Lady Bison, followed by Janell Beacham and Jalissa Council with 11 each and Bretlin Gabelmann with 10.

Defensively, the Lady Bison held USAO to 34 percent shooting and a 3-of-16 night from three-point range.

“We got our full court defense working and things were clicking on offense tonight,” said OBU Coach Casi Bays. “The only disappointment tonight was our free throw shooting. We got to the basket and drew fouls, but we need to get the free throws.”

The Drovers scored the first four points of the game in the first 32 seconds, but OBU settled in after a 30-second timeout.

USAO knocked the lead down to six points, but the Lady Bison closed the first half on a 16-3 run with four points each by Aremi and Lilia Inoubli to go with three-pointers by Gabelmann and Beacham. That spree led to a 44-23 halftime lead. OBU shot 67 percent from the field for the first half while forcing a dozen turnovers.

The Drovers got the lead under 20, but OBU scored the game’s last 13 points, including four by Council to make the final margin the game’s widest margin.

The win moves the Lady Bison 10-8 on the season and 3-4 in the SAC. Next up for the Lady Bison is a 1 p.m. home date Saturday with Mid-America Christian.

Chase Adams opened with a three-pointer as the Bison built an early 9-1 lead. The Drovers cut it to six, but Adams and Cale Jackson hit back-to-back threes for a 17-5 lead.

After a USAO basket, the Bison went on a 24-0 run with 11 points coming from Kameron Price and six each from Marques Anderson and Adams.

“I like to think a lot of that was us, but they missed some shots,” said OBU Coach Doug Tolin. “We got 28 deflections in the first half defensively and our goal for the game was 32.”

USAO got the first four points, but an 11-1 Bison run put the end to USAO momentum. The lead peaked at 96-41 late in the game.

Chase Adams led OBU with 25 points, followed by Price with 20, Desmond Griffin with 13, Anderson with 12 and David Johnson with 10.

OBU won the rebound battled 57-33 with 13 coming from Anderson.