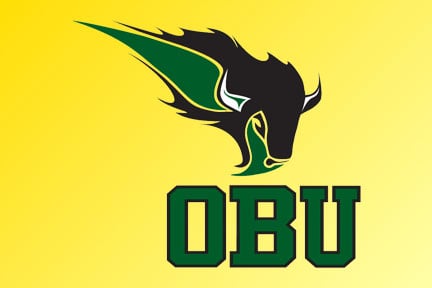 Oklahoma Baptist’s Bison soccer team will hope to return to the role of hunter after a season of being the hunted.

“We’ve got high expectations,” said OBU coach Brent Coates. “I think we learned a big lesson last year. We had the bull’s eye on our back and our schedule last year was pretty tough. We still have Missouri Valley at home and Grand View on the road and those are two top 10 teams, but the schedule overall is more favorable this year.”

The good news for the Bison is that the bulk of last year’s battle-tested starting lineup is back this season.

Junior scoring machine Victor Costa is back at forward and joined by senior Taylor Thompson.

“We return Victor Costa, our all-time leading goal-scorer, and we have high expectations for him,” said Coates. “And we have Taylor Thompson back for his senior year. It has been really exciting to watch how he has progressed and we’re looking for him to step into a leadership role. There also are a couple of new faces up top that we are excited about.”

While OBU loses seasoned midfielder Caio Franca to graduation, the squad returns Pedro Pereira to anchor the middle and exciting players to go with him in Tito Silva and Felipe Souza.

“Tito moves to midfield this year. We’re looking for consistency there after the graduation of Caio Franca,” said Coates. “We’ve got Pedro Pereira back. He was an All-American in 2010 and he’s fired up for this year. Having Felipe Souza back after missing last year with injury is big. We missed him a lot last year.”

The unknown is on the defensive side.

“The defense is a big question mark right now,” said Coates. “Losing (All-Conference defender) Cristiano Sampaio was a huge blow. Marcus Silva is returning in goal. He was All-Conference as a freshman and has a year of experience behind him now.

The Bison compete in the always-tough Sooner Athletic Conference and has to win its way to a national tournament.

“The SAC is always difficult and it’s going to be a grind, but we like our chances,” Coates said. “I think we can compete well, we just have to go out and do it.”

“Having Brandon here will be a big help,” said Coates. “He brings a lot of experience and has played at a high level. He’s going to help us get to where we want to go.”