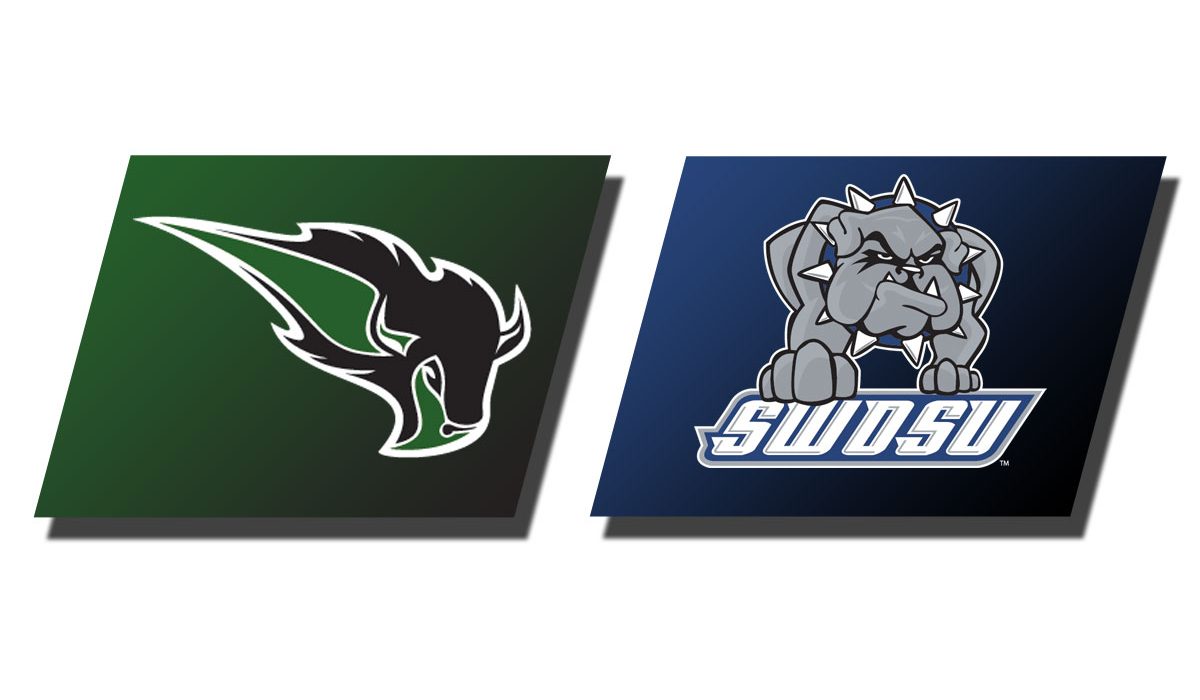 WEATHERFORD – In a battle of the top two teams in the Great American Conference, Oklahoma Baptist flexed its bona fides in a 3-1 (21-25, 25-22, 25-20, 25-17) road triumph over Southwestern Oklahoma State on Thursday night. With the win, OBU moves two matches clear of SWOSU at the top of the GAC standings, and completes the series sweep of the Bulldogs.
Hayley Daniel and Malia Leatherland, the reigning AVCA National Player of the Week, did the heavy lifting for OBU with 33 of OBU’s 54 kills. Daniel led the way with 17 on 53 attack attempts, while Leatherland tallied 16. Both finished with double-doubles by tacking on 20 and 12 digs apiece.
After dropping the first set, the Bison rallied back to take a 2-1 lead. In both the second and third sets, OBU trailed by at least three points deep into the set but found a way to rally and get past SWOSU each time.
Down 18-15 in the second set, OBU benefitted from five straight unforced errors by the Dawgs to eventually claim a 20-19 advantage. Taneyah Brown and Brenna Holley stuffed Emily Wood, prompting a timeout. The Bison and Bulldogs traded kills down the stretch before Daniel leveled the overall proceedings with a kill on set point.
Much like the second set, the Bison found themselves staring up at a hole late in the set, this time by a margin of 18-13. Leatherland sparked an 8-0 run to put the Bison up 21-18, and Daniel closed out the set with another kill to push OBU ahead.
In the final set, the Bison gained the lead off a trio of kills from Daniel and never looked back; a 4-0 run, including two kills by Daniel, sealed the set and the season sweep of the Bulldogs.
Rylen Moore continued to shine while accounting for the bulk of the setter duties, handing out 36 assists and 19 digs. Diana Carranza had a match-high 25 digs.
Oklahoma Baptist (22-4, 11-1 GAC) returns to action next week, starting the week at home against East Central on Tuesday, Nov. 5 at 7 p.m.