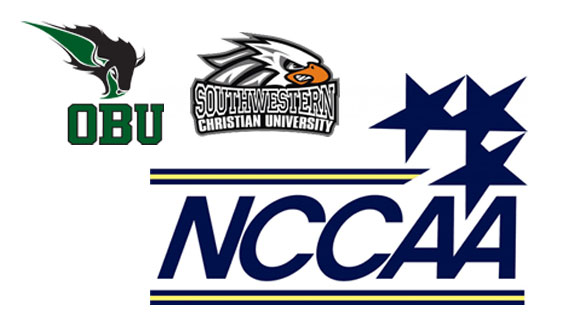 A pair of Oklahoma schools were represented in the National Christian College Athletic Association women’s golf championship this week.

Oklahoma Baptist earned third place in the event. Elly Baze led the way for the Lady Bison, finishing 10th overall with a plus-31 for three rounds. Teammate Michelle Carr was right behind her at plus-33 and was 11th overall.

Southwestern Christian finished seventh as a team. The Lady Eagles were led by Andi McGill, a two-sport star at SCU who also plays basketball, who shot plus-26 for the three-day tournament. McGill was named an NCCAA All-American, marking the first women’s golf All-American in program history.