OC, SNU find harbor in the NCCAA during transition 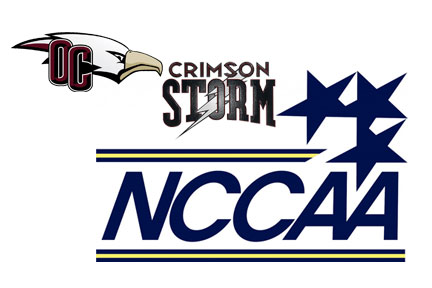 The 2012-2013 athletic year was a time of transition for a number of schools around Oklahoma that were making the move from the NAIA to NCAA Division II.  But in that interim, the athletic programs find themselves completely a part of neither affiliation.

And the prospect of a postseason run isn’t an option.

The National Christian College Athletic Association is an organization with a mission to use athletic competition as an integral component of education, evangelism and encouragement.  And one of the ways the association serves its members is to provide regional and national competition.

In 2012-2013, Oklahoma Christian and Southern Nazarene were among a number of Christian-based schools throughout the country going through the transitional process that joined the NCCAA in order to give its athletes the chance to play for something beyond end of the regular season.

Both schools saw success as a result of this membership.

The OC Eagles won national titles in men’s golf and cross-country and the men’s basketball team had a national runner-up finish with a title game that went to overtime.

Oklahoma Christian athletic director Curtis Janz talked about the positives of the Eagles’ participation with the NCCAA this past year.

“The NCCAA has provided an outstanding postseason experience,” Janz said.  “That was the biggest thing for us, as we are going through the transition period from the NAIA to NCAA Division II.

“All the championships are extremely organized and are very competitive.  They really make the student-athletes feel special.  So it’s been a good experience with that.”

Students and administration alike recognize that things aren’t the way they used to be or even how they think they will be in the future, but Janz said he feels the Eagles have adjusted.

“It has been different, but out student-athletes have accepted it extremely well.  We’ve really pushed the idea that ‘big-time is where you’re at.’  That has really been provided by the NCCAA for us.”

In its affiliation with the NCCAA, while working through the three-year provisional process to gain full member status into the NCAA, the schools are experiencing a dual membership.  Occasionally, obstacles can arise.

“There are a few challenges to being a part of two national affiliations,”Janz said.  “But the NCCAA allows us to have duel membership, so we can do all of our eligibility stuff once (for both) and that’s a good thing.

“I think probably the biggest challenge is being in a conference and from that conference we know that we don’t have any postseason possibilities because of the transition period.  So our postseason comes from a different organization.

“And sometimes it’s hard for everybody to really figure out where we are.  You know, which standings are the most important? Which ones mean postseason and which ones don’t?  Which ones determine where you are in the postseason?  And there are some challenges in that.

“But, like I said, this has been a very good experience.”

Southern Nazarene also brought home a title through the NCCAA.  The women’s basketball team won the national championship, the eighth in program history.

The women’s soccer team was the national runner-up as well.

Bobby Martin, director of athletics for the Crimson Storm, also talked about the benefits of his program’s association with the NCCAA.

“It was a great opportunity for our coaches and our athletes to have postseason play,” Martin said.  “It gave them something to really play for.  You know, in the process with the NCAA, you don’t have that opportunity.  So it has been a positive experience for us.”

Another thing the NCCAA does as a part of the tournament experience is to provide service projects for the teams to participate with in the cities in which the tournaments are held.  Those projects included visiting nursing homes, reading to children, working in soup kitchens, making trips to orphanages and putting together care packages for people who are homeless.

The NCCAA is providing the chance for the athletes to have an impact in places outside the field of play.

“The athletes had a great experience with the service projects,” Martin said.  “Our women’s soccer team was in Florida in the national tournament and had a great time.

“Our kids enjoyed the Christian perspective that was placed on their national tournaments and national championships.  Going out and greeting kids and meeting them in service projects was great.”

As this athletic year in is the books and 2013-2014 is right around the corner, the decisions to be made for the immediate future are at hand.  And although each school is still in the midst of transition – meaning no full postseason – these two rivals may be taking different paths.

But the Eagles’ role with the NCCAA seems to be growing, at least for a time.

“Next year, we are going to host the baseball and softball regions for the NCCAA.  We’re really excited about that.  We have some new and improved facilities and we’ll get to host things there.”

And Janz confirmed that OC will continue its partnership with the NCCAA throughout 2014-2015.

“I don’t know what the long-term future holds for us with the NCCAA, but I know we have a good partnership with them for the next couple of years for sure.”

Southern Nazarene may or may not be looking in that direction.  Martin said that experience the Crimson Storm had this past year was good.  But he also talked about the long-term direction of the program and goals in the NCAA.

“We have chosen to go to NCAA Division II and that’s the direction we’re headed.  I wish we could get there faster than we can.

“That being said, it has been a nice thing for our student-athletes and our coaches to have something to compete for.  In the future, I see us really trying to be a quality NCAA Division II member.”

Martin said that he wasn’t certain about his program’s national affiliation(s) for the upcoming season.

“That’s a very good question that I don’t have an answer to quite yet.  I am in the process of talking to our vice-president and our president about that.  Hopefully a decision will be made about that in the next two or three weeks.”

Whatever each program’s future holds, it appears the NCCAA provided, if only for a short time, a safe harbor in the midst of the winds of transition.