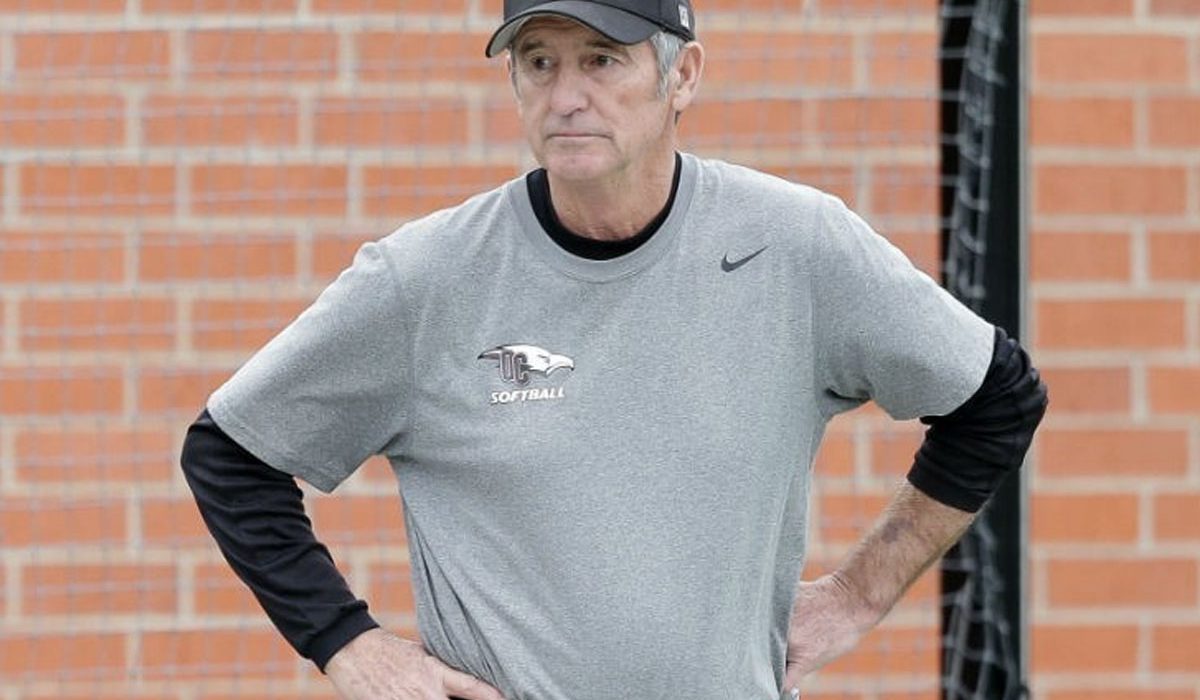 The Lady Eagles gave Heath his 700th career win in the opener, prevailing 5-3 in 11 innings, but fell 2-1 in eight innings to the Dustdevils in the second game. The decisive game of the series will begin at noon Saturday.

The split dropped the Lady Eagles into a first-place tie atop the Heartland Conference with No. 6-ranked St. Mary’s (Texas) at 4-1 in league play.

Heath is one of only five Oklahoma college softball coaches to reach the 700-win mark, and the list is a Who’s Who of the sport in the state, also including Oklahoma City University’s Phil McSpadden, Patty Gasso of Oklahoma, former Oklahoma State coach Sandy Fischer and Southeastern Oklahoma State coach Ron Faubion.

OC (21-13, 4-1) trailed 2-0 in the opener but rallied with single runs in the fifth, sixth and seventh to take a 3-2 lead. Kaylie Upton‘s solo home run in the sixth tied the game and Niki Davidson‘s sacrifice fly scored Sheridan Bond in the seventh to put OC ahead of TAMIU (9-18, 3-2).

The Dustdevils tied the game with two outs in the bottom of the seventh on Brenda Parnin’s RBI single, forcing extra innings.

TAMIU stranded two baserunners in the eighth and 10th innings and OC did the same in the ninth. The Lady Eagles finally broke through in the 11th against reliever Delainy Thompson, with Caitlin Young drawing a leadoff walk and Bond following with a double. Madison Nordyke‘s groundout scored Young and Bond came home on a single by Davidson.

Upton (7-1) allowed only two hits in her three innings in the circle, but had to survive issuing two walks in the bottom of the 11th before sealing the win.

OC had 11 hits in the second game but stranded eight baserunners. Three of those hits came in the first inning, but Bond was thrown out at home trying to score on a single by Haley Squier, and Davidson then lined into a double play to end the threat.

OC’s Kayla Eichler and Thompson (5-9) staged a pitchers’ duel until TAMIU broke through in the fifth, with Sara Caterson leading off with a double down the left-field line and eventually scoring on a double by Cassie Cannon to right-center field.

Bridget White answered for the Lady Eagles with a solo home run in the top of the sixth.

In the top of the eighth, OC stranded two baserunners. TAMIU’s Robi Kami drew a leadoff walk from Nordyke (4-5) in the bottom of the inning and one out later, Brandi Giles was hit by a pitch. Caterson drew a two-out walk to load the bases and Amanda Hinojosa’s infield single scored Kami to end the game.