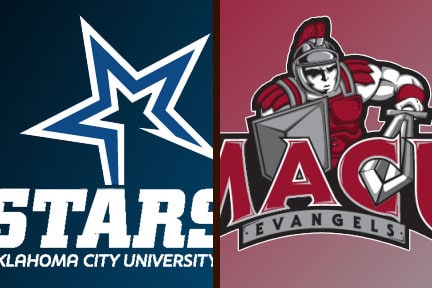 Ouleymatou Coulibaly, a junior from Bamako, Mali, West Africa, produced 10 points, five rebounds and two assists, and Autumn Huffman, a senior from Midwest City, Okla., picked up 10 points while going 4-for-4 from the field and 2-for-2 from the free-throw line for OCU.

“I was proud of our team defense,” OCU coach Latricia Trammell said. “It’s tough to hold a good team to 47 points. We collected six charge and just made it tough for them to execute. I thought defensively Markeisha really did some nice things to disrupt their offense.”

Oklahoma City seized the lead by recording an 11-0 run late in the first half. Coulibaly’s jumper in the lane broke a 20-20 tie. Coulibaly added another bucket, then Lau had a 3-point play. Albany Anderson canned free throws to put OCU in front 29-20 at the 6:13 mark of the first period.

The Stars held Mid-America without a point for 6:01 between the first and second halves, including the final 2:23 of the first. OCU went on a 14-0 run to build a 47-27 advantage.

MacKenzie had four points during the Stars’ 9-0 run that created a 60-32 cushion, OCU’s largest of the game.
OCU squares off with sixth-rated Oklahoma Baptist at 3 p.m. Saturday at Abe Lemons Arena with the regular-season conference championship at stake.