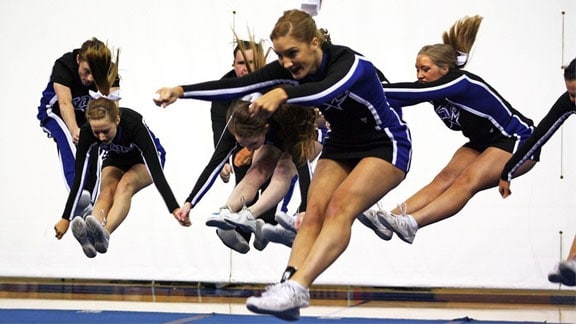 KANSAS CITY, Mo. – The National Association of Intercollegiate Athletics (NAIA) is proud to announce the 2017 and 2018 Competitive Cheer and Dance National Championships will be hosted by Oklahoma City University at the Abe Lemons Arena in Oklahoma City on March 10-11, 2017 and March 9-10, 2018.

Competitive Cheer and Dance is entering its first year of national championship status, meaning there are a minimum of 40 institutions sponsoring the sport at an intercollegiate varsity level and have completed at least two National Invitationals. Currently, there are 66 NAIA schools with intent of competing in this sport going into the 2016-17 season.

“Oklahoma City University has displayed a commitment to the growth and success of NAIA Competitive Cheer and Dance for several years and we were thrilled to learn of their interest in hosting this sport’s first two championships,” said Lynn Meredith, NAIA Vice President for Marketing & Communications, Championships. “We have no doubt their talented and experienced staff will host memorable championships for everyone involved.”

Oklahoma City is a member of the Sooner Athletic Conference (SAC) and became the first-ever NAIA Cheerleading National Invitational champions in 2015. The Stars are led by Alicia Bailey, who is entering her second season as head coach, following the 2014-15 seasons as serving as the assistant coach.

Bailey said, “We are thrilled the NAIA has awarded Oklahoma City the opportunity to host the first true national championships for cheer and dance! Oklahoma City has a huge all-star cheer and dance community, so having the opportunity to show young athletes what they do is now recognized as a championship sport is very special. We believe Oklahoma City as a town and our university can provide a great experience for this event and we are looking forward to making this an unforgettable experience for the student-athletes, coaches, officials and fan.”

There are four qualifying tournaments to be held in February 2017.  To view the locations, click here.
For more information on the sport, click here.