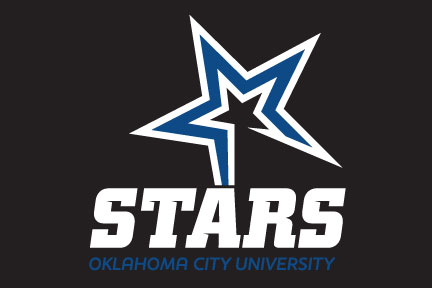 Samantha Stallbaumer provided the Stars with the winning hit, doubling down the left-field foul line with two out in the sixth inning. OCU (60-2) advanced to the tournament championship game and will play 20th-ranked Houston-Victoria at noon Wednesday with an NAIA Softball World Series bid at stake.

Oklahoma City posted its fifth 60-win season under coach Phil McSpadden. OCU last reached 60 victories with 66 in 2004. OCU won an NAIA single-season best 69 in 1999. The Stars improved to 12-1 against ranked competition this season.

In the seventh, Leslie Miller belted an RBI double off the right-center field wall to tack on the Stars’ fifth run of the contest. Miller missed launching the ball over the wall by a few feet.

Kali Pugh nailed a run-scoring double to left field to bring in OCU’s first run of the game in the fifth.

Kyndra Holasek added a two-out RBI single to left, giving the Stars a 2-0 fifth-inning lead.
Houston-Victoria left fielder Krissa Powell threw out Pugh at home plate trying to score on Holasek’s base hit in the third.

Abby Meador notched the victory for OCU in relief. Meador, a sophomore from Midwest City, Okla., held Houston-Victoria to one hit in the final three innings of the game. Meador struck out two and improved to 24-1 this year.

Holasek, a senior from Mustang, Okla., went 2-for-2 and drove in a run, and Stallbaumer, a freshman from Haven, Kan., was 2-for-3 with a run scored and an RBI.

Pugh, a junior from Vista, Calif., turned in a 2-for-4 performance with a double, run scored and a run driven in, while Jaci Smith, a freshman from Godley, Texas, went 2-for-4 and scored a run. Madison Ellis, a junior from Yukon, Okla., pounded a second-inning triple.

Houston-Victoria reached the title game after Michelle Revels’ RBI single in the 18th inning knocked out Doane (Neb.) 1-0. Haley Beam tossed all 18 innings as she allowed eight hits and struck out four batters for the victory.

The 18 innings played by Doane and Houston-Victoria set the all-time Opening Round record for longest game. In 2013, Bellevue (Neb.) and Oklahoma City squared off in a 13-inning contest. In recorded NAIA history (regular-season and postseason) overall, the 18-inning game is tied for third on the all-time charts for longest contest. The longest one in recorded NAIA history is 22 innings between Morningside (Iowa) and Westmar (Iowa) in 1983.