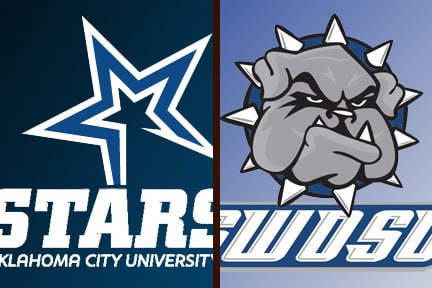 Lou Dunbar, a junior from Seabrook, Texas, topped Oklahoma City with 14 points, two 3-pointers and two steals. The Stars built advantages in points off turnovers (28-7) and points in the paint (34-16) while shooting 52.2 percent from the field.

“We have a lot of things to work on, but I thought it was a great team win for us tonight,” OCU coach Vinay Patel said. “I was especially proud of our defensive effort. We got help offensively from a lot of players, and I think it showed how deep this team can be at times. I’m excited to get back in practice this week and hopefully improve on some key areas before we play our next game.”

The Stars pulled away with an 11-2 run nearly midway through the second half. James sparked the run with a 3-point play that gave OCU a 44-38 edge at the 11:34 mark.

OCU plays its next exhibition 7:30 p.m. on Nov. 7 against Midwestern State (Texas) in Wichita Falls, Texas. The Stars hold their first regular-season game 7 p.m. on Nov. 10 against Randall at Abe Lemons Arena.