OCU rolls to win over Randall 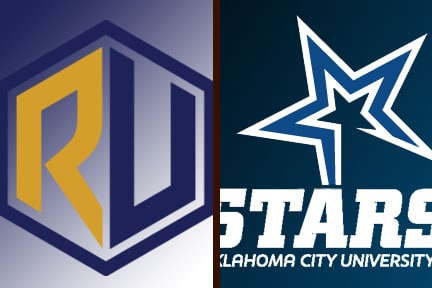 
Walter Rickett, a junior from Dallas, topped four Stars scoring in double figures with 19 points. Oklahoma City, ranked 18th in NAIA Division I men’s basketball, made its regular-season debut and improved to 1-0.


Xavier Smith, a senior from Richardson, Texas, posted 17 points, 13 rebounds, three blocked shots and three steals, while Syrus McDonald, a senior from Flint, Mich., tacked on 15 points and four rebounds while sinking 7 of 10 shots from the floor for OCU.

“I thought it was a good game,” OCU coach Vinay Patel said. “I really like coach Mark Berokoff’s team over there at Randall. They come off winning a national championship last year. I was really proud of our team. I was disappointed they got a really good start on the glass the second half on us.

“All in all, I like this team. I think we have a chance to be deep. We played a lot of guys tonight. I have high expectations for certain players. They haven’t met them yet, and that’s a good thing. Potential is sometimes a good thing. We have a lot to clean up because it’s early. Where this team is now and where I hope this team will be later is going to be two different teams.”


Terence Bonhomme nailed a trey that gave OCU a 9-0 lead at the 17:49 mark of the first period. Smith’s 3-point play gave the Stars a 12-3 lead. OCU led from start to finish.

The Stars take on Dallas Christian at 7 p.m. Wednesday at Abe Lemons Arena.