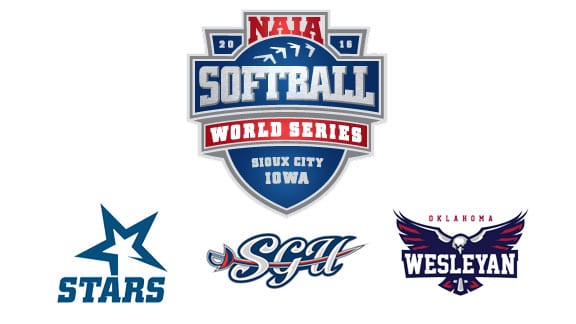 Oklahoma is sending three teams to the 2016 NAIA Softball Championship. However, ‘sending’ may not be the best term because two of the three are staying at home for the opening round, to be played May 16-18.

Oklahoma City and St. Gregory’s are both hosting four-team opening round brackets.

No. 1 OCU is the top seed overall and will be the host of the Oklahoma City bracket with games played on campus at Ann Lacy Stadium. The Stars (58-2) are the top seed in the bracket and will face No. 4 seed Doane (31-15) on Monday. No. 2 seed Houston-Victoria (36-13) will play No. 3 seed Friends.

OCU is coming off a loss to Texas Wesleyan in the Sooner Athletic Conference tournament, which stopped a 29-game winning streak. The Stars have had two 29-game streaks this season. OCU received an at-large bid.

No. 3 SGU is hosting the St. Gregory’s bracket and all games will be played at the Ballfields at Firelake in Shawnee. The Cavs (43-5) first play fourth-seeded Indiana University Southeast (33-17), while second-seeded Arizona Christian (37-14-1) meets the third seed Park (30-15-1).

The Cavaliers earned an automatic bid to the tournament by winning the SAC tournament.

The Lady Eagles won an automatic bid by winning the KCAC tournament title.