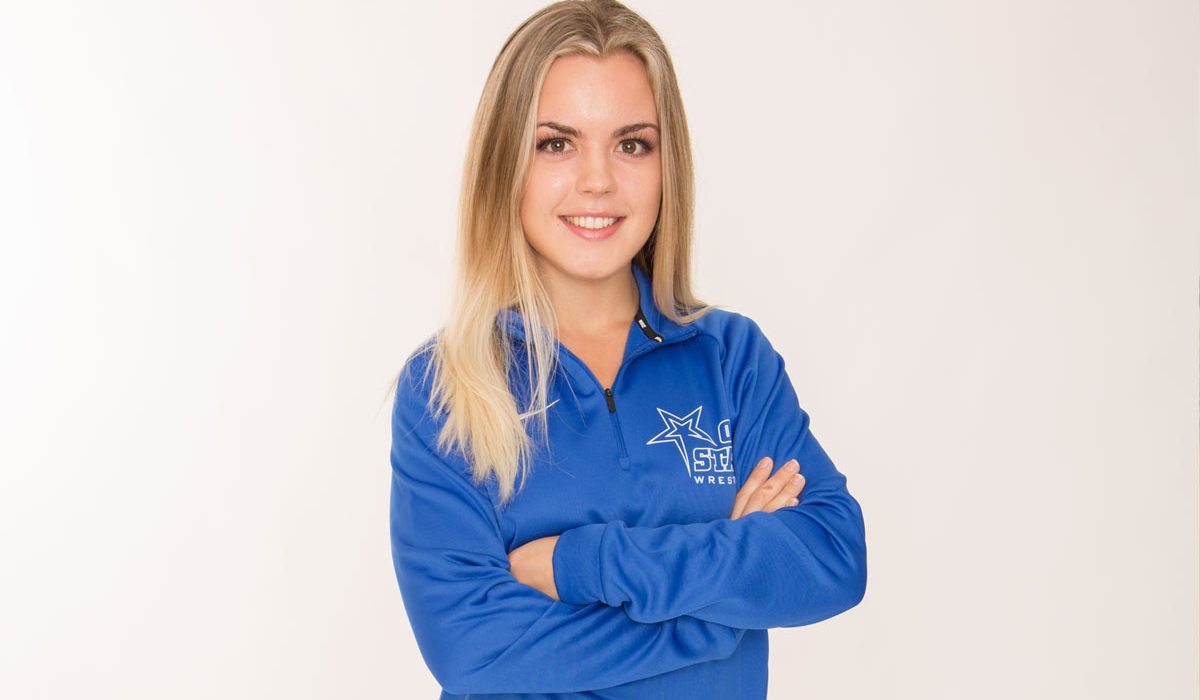 Broken Arrow’s first girls wrestling coach is coming off the heels of an award-winning collegiate career as captain of the OCU women’s wrestling program. Jasperson’s accomplishments include becoming a five-time collegiate all-American, winning the bronze medal at the 2017 U.S. Senior Open and finishing third at the NAIA National Women’s Invitational. Jasperson produced a 20-8 record with 10 falls this season and a 75-32 mark with 47 pins during her OCU career.

“Wrestling has had such a positive impact on my life, and I am excited to have been chosen to lead the first girls program in the state of Oklahoma,” Jasperson said. “I can’t wait to get started and introduce the female athletes in Broken Arrow to this amazing sport.”

She is a graduate of Clear Springs High School in League City, Texas, where she posted a 42-1 record as a senior and won a state championship. In addition to coaching, Jasperson will teach at a Broken Arrow school which will be determined this summer. Jasperson is graduating with her elementary education degree from OCU this spring.

“Cassidy Jasperson has been a great asset for OCU the last five years not only on the mat, but in a leadership role in our program,” Oklahoma City women’s wrestling coach Matt Stevens said. “She’s a natural fit for a coaching career.”

Participation in girls wrestling has exploded over the past 25 years. Since 1994, the number of girls who wrestle in high school has grown from 800 to more than 16,500. Women’s wrestling became recognized as an Olympic sport in 2004, 53 colleges sponsor a varsity wrestling program and high school athletic associations in 14 states have sanctioned girls wrestling state championships.

This year in Oklahoma, 87 girls wrestled as a part of the predominantly-male OSSAA activity. The state’s athletic association has brought girls wrestling to the forefront of the conversation with Oklahoma coaches and is looking to add a girls division as an exhibition state tournament as early as 2020.

“At Broken Arrow, we consistently seek new ways to lead and follow our students into the future,” said Executive Director of Athletics Steve Dunn. “We take pride in doing our part to expand girls wrestling here in Oklahoma.

“Coach Jasperson is the perfect fit to lead our new program. She is a proven technician of the sport, but what stood out the most is her high energy and infectious personality. Our young ladies will greatly benefit from her leadership and experience on the mat.”

The Broken Arrow girls wrestling program will look to fill a schedule comprised of both duals and tournaments beginning with the 2019-20 season. Broken Arrow Public Schools is an equal opportunity educational institution.

Jasperson inherits one of the pioneers for female wrestling in Oklahoma on her new team in Broken Arrow sophomore Allison Hynes. In 2017, as an eighth grader, Hynes became the first female to ever win the historic Edmond Invitational, which dates back to 1942, and was named the tournament’s most outstanding wrestler. She also won the 2017 U.S. Marine Corps Girls Folks Nationals and, recently, the 2019 Oklahoma USA YWL State Championship.

Broken Arrow girls who will be in grades 7-12 may enroll in sixth-hour girls wrestling for the 2019-20 school year. There will be more information released by the athletic department in the coming days.