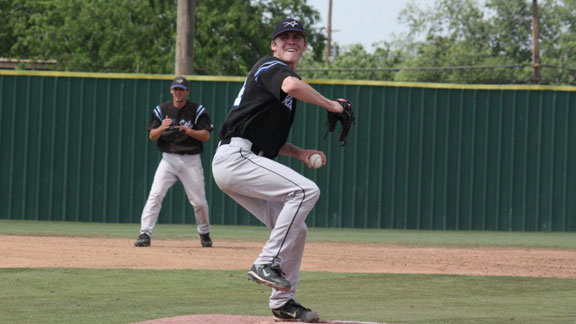 HOUSTON – Oklahoma City University alum Ashur Tolliver has been called up to the major leagues by the Baltimore Orioles.

Tolliver, a left-handed pitcher, will become the first Oklahoma City University alum to make his Major League Baseball debut since Joe Bisenius in 2007 with the Philadelphia Phillies. The Orioles play the Houston Astros at 7:10 p.m. Tuesday at Minute Maid Park.

“I’m very proud and happy for him,” Crabaugh said of Tolliver. “It’s a testament to his commitment and work ethic. I look forward to adding his picture to our wall of fame along with the other OCU alumni who have made it to the big leagues.”

Tolliver, a 6-foot, 170-pounder from Sherwood, Ark., had spent spring training with the Orioles, but was assigned to the Bowie Baysox of the Double-A Eastern League. Tolliver had gone 1-1 with a 2.42 earned run average, 25 strikeouts and two saves in 26 innings this season for the Baysox, located in Bowie, Md. Tolliver helped Bowie win the 2015 Eastern League championship.

Baltimore made Tolliver the 146th overall pick in the fifth round of the 2009 Major League Baseball first-year player draft. Tolliver became the first player selected from an NAIA institution in that draft.

Tolliver posted a 10-1 record with a 3.74 ERA, 89 strikeouts and a complete game in 74.2 innings for the Stars. Tolliver became a second-team all-American, first-team all-Sooner Athletic Conference performer and an SAC gold glover. OCU went 53-9, tied for third in the NAIA World Series and won the NAIA Championship Opening Round in 2009.

Oklahoma City has produced 153 professional players and 72 MLB draftees. Entering the season, OCU boasted of more victories (1,207) than any college baseball program since 1992. OCU and Florida State were tied at 1,248 for the most wins since 1991. The Stars won the 2005 NAIA championship and have made 14 World Series appearances.