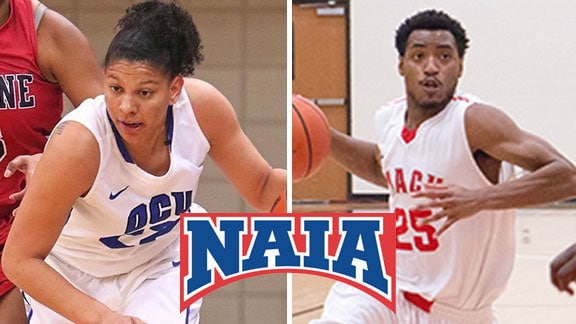 Three other women’s basketball players to make the list were: Che’Ron Lewis (Langston), T’Keya Mason (Langston) and Kelli Tolar (Mid-America Christian) – each as an Honorable Mention.

Nick Tate, senior from Mid-America Christian, earned a spot on the Second Team of the Men’s Basketball All-America Team. Tate was the SAC Newcomer of the Year and on the First Team All-SAC, as well as being named the OSN NAIA Player of the Year. He led the Evangels in rebounding (6.7 rpg) and was second in scoring (15.5 ppg).

Taran Buie, junior from Oklahoma Science and Arts, was named to the Third Team. Buie had eight games in which he scored 30 or more points this season and was also on the First Team All-SAC and All-OSN.