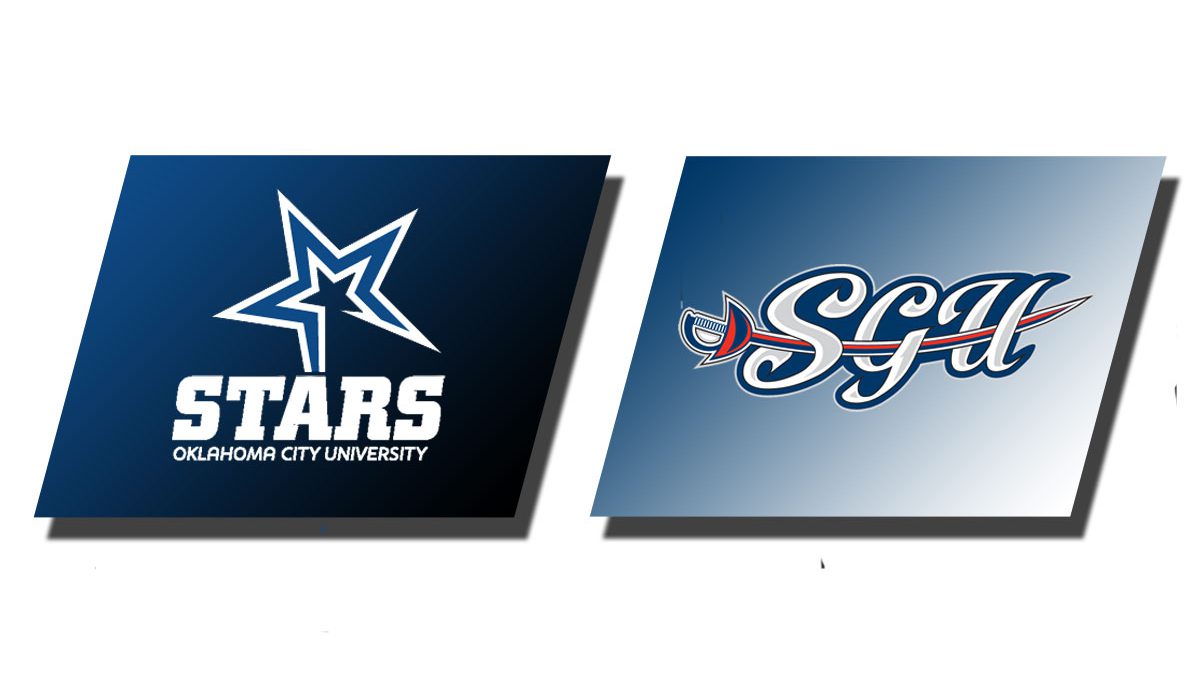 SHAWNEE – No. 1-ranked Oklahoma City University took 5-1 and 12-0 victories over St. Gregory’s on Tuesday at the Ballfields at Firelake.

Madison Ellis smacked home runs in both ends of the doubleheader for OCU, ranked No. 1 in NAIA softball. The Stars kept their record intact, improved to 36-0, 12-0 in the Sooner Athletic Conference.

Ellis sparked Oklahoma City by hammering a three-run blast over the right-field fence in the first inning of the first game.

In the fourth, Stephanie Koishor knocked in a run with an infield single. Samantha Stallbaumer reached home plate on Laci Joyner‘s sacrifice fly to center field in the seventh.

Abby Meador went 2-for-3, while Ellis drove in three runs. Koishor went 1-for-3 with a run drive in.

Georgia Wall, a sophomore from Marlow, Okla., scattered seven hits in seven innings. Wall (16-0) struck out six in her 13th complete-game effort of the season.

In the nightcap, Kali Pugh put OCU on top 3-0 in the second inning by pounding a three-run shot beyond the center-field fence.

In the third, Ellis touched off a third-inning six-run outburst by hitting a two-run homer to left. Stallbaumer poked a two-run single to left, while Pugh brought in another run on a double. Joyner put the Stars ahead 9-0 with an RBI base hit.

OCU plated three more runs in the fourth. Ellis roped an RBI double to center, and Amanda Ingram tacked on a run-scoring single into center. McRae Cayton scored on a wild pitch.

Meador, a junior from Midwest City, Okla., shut out St. Gregory’s on a hit and two walks. Meador fanned seven.