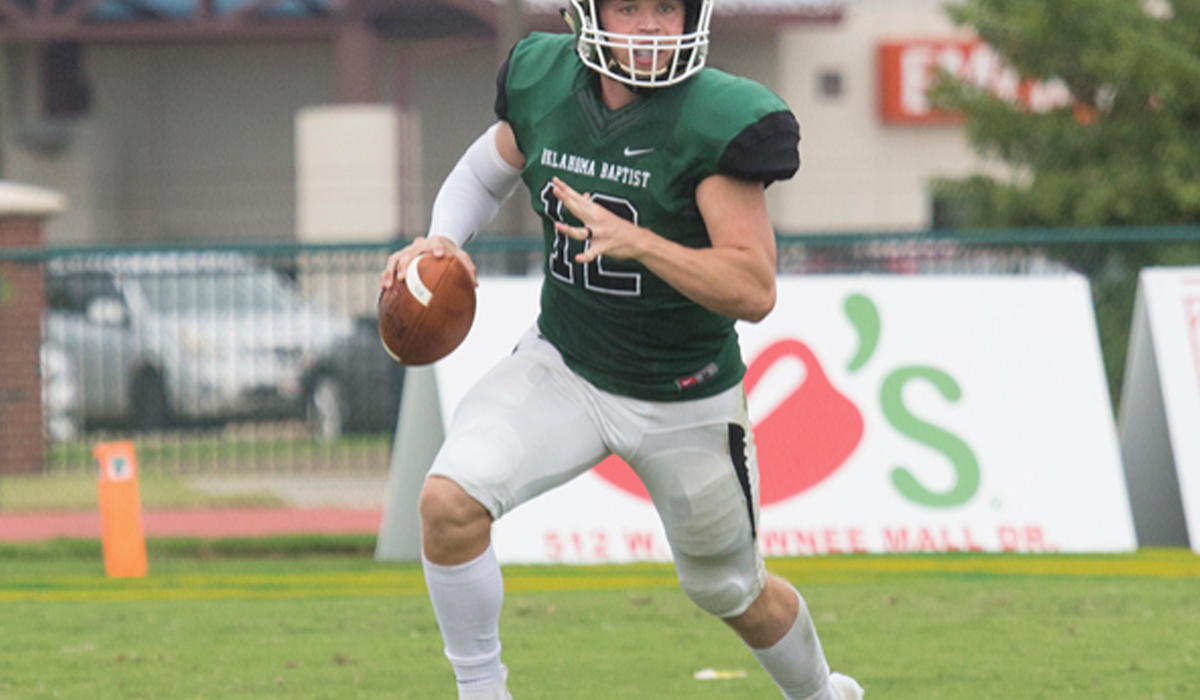 The football season will look a little different in 2020, but there will be plenty of great talent playing in Oklahoma. Here are some of the players to watch who will be competing with Oklahoma colleges.

Kennedy Brooks, Oklahoma, RB, Jr.
Brooks was a 1,000-yard back in each of his first two seasons and did so alongside the offensive firepower of Kyler Murray and Jalen Hurts. His sophomore year, he led the Big 12 by picking up 6.5 yards per carry. The Sooners are picked by many to make it back to the College Football Playoff and another great season from Brooks would go a long way toward that trip.

Shamari Brooks, Tulsa, RB, Sr.
Brooks has racked up 2,700 rushing yards in his career, topping the 1,000-yard mark in 2019. The senior will be running behind an offensive line that gained much-needed experience last season and will be seasoned for this campaign.

Jalen Carr, Southwestern, DB, Jr.
Carr led the Great American Conference in interceptions (8) and passes defended (17) last year. The junior now has 12 picks in his career. Locking down like that, Carr can take away an entire side of the field.

Ja’Quavion Daniels, Oklahoma Panhandle, DB, Jr.
The leading returner in tackles (66), Daniels also was at the top of the list for the Aggies in getting the ball back for his team with an interception and two fumble recoveries. Daniels is one of a group of juniors tasked with filling the gap left behind by some big names in recent years for the OPSU defense.

Ontario Douglas, East Central, RB, Jr.
Douglas averaged more than 100 yards per game (104.0) and led the GAC in all-purpose yards (129.0). Along with Kennedy Brooks, he put up 1,000-yard rushing seasons in each of his first two years. Douglas gained more than 5 yards per carry in 2018 and demands the attention of the defense any time he is in the backfield.

James Ellis, Northwestern, LB, Sr.
With the graduation of the league’s Defensive Player of the Year in Maurice Wright, the weight of the linebacker spot could fall on Ellis’ shoulders. The senior missed three games near the end of 2019 and still led the team in sacks. The Rangers hope to have their leading returning tackler at full strength for the entire season.

Chandler Garrett, Central, QB, Sr.
Garrett won the starting role last season in Edmond. At 6-foot-4, he can find receivers well, but also easily keeps the ball to pick up a gain on the ground. Garrett was second on the team in rushing last season.

Preston Haire, Oklahoma Baptist, QB, Sr.
Haire connected for at least one touchdown pass in all 11 games last season (a streak of 15 overall) and had multiple passing TDs in nine of those. The GAC Offensive Player of the Year will have his two leading passing targets (Cornell and Garner) back as well this season, but is also a serious threat to lower his shoulders and run.

Ty Nichols, Northeastern State, DB, Jr.
A two-year starter, Nichols garner All-Conference recognition last season as a sophomore and could be a part of a defensive turnaround for the RiverHawks.

Gage Porter, Southern Nazarene, QB, Sr.
The senior is a definite dual-threat in the backfield. Porter has in his career (in separate games) thrown for 285 yards in a game and rushed for 270 yards in a game.

Conner Swope, Southeastern, LB, Jr.
Another player that could have a major impact on his team’s success if he stays healthy for the entire season. Swope recorded nearly 10 tackles per contest in 2019, while seeing significant action in only eight games, following a freshman season with 116 tackles.

Tim Whitfield, Langston, RB, Sr.
‘Whitfield in the Backfield’ had more than 1,300 yards on the ground last year. With strength and speed, he did it with six 100-yard games and two 200-yard games, picking up 6.8 yards per carry. The senior rushed for 20 touchdowns, one of only four players in the NAIA to score at 20 least times, and crossed the goal line in eight of 10 games.