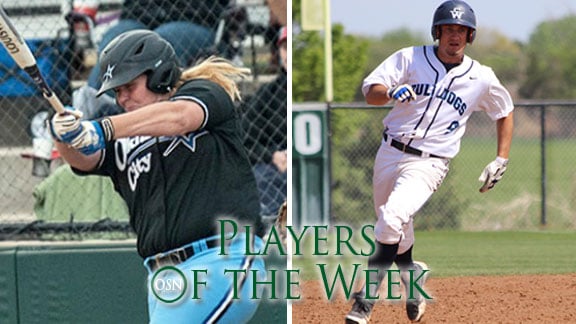 Spring hit .429 for the week with six hits, four of which were home runs. The senior set a GAC record with three HRs in a game, with the fourth also during a Saturday doubleheader against Arkansas Tech. The feat marked the 25th three-home run game in NCAA Division II this season, the first in GAC history and the first at SWOSU in the NCAA era.