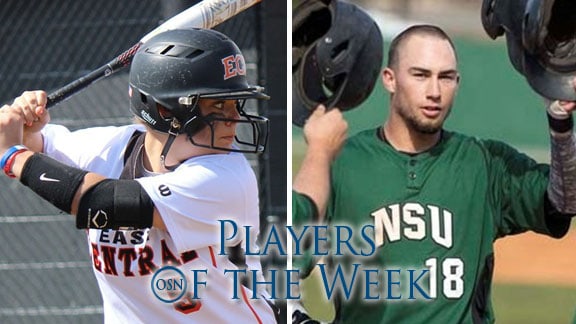 This week’s Players of the Week are Taylor Davis, ECU, and Cody Begovich, NSU.

Davis led ECU to a 5-1 record on the week, closing it out with a four-game sweep of conference rival, Southwestern. Davis batted .632 while scoring nine runs and stealing four bases. She also made a memory to last a lifetime, hitting a walk-off grand slam at home against the Lady Dawgs.

The RiverHawks also went 5-1 on the week with a four-game sweep of a conference foe, Lincoln. Begovich had a stellar week, including batting 8-for-20 (.400) over the final three games, blasting five home runs and bringing in 14 RBIs during that stretch. He also scored eight runs.